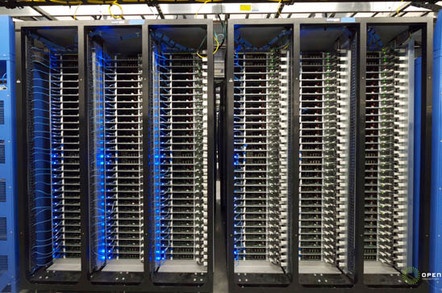 Facebook wants better comms performance from the Linux kernel, and is recruiting developers to get it.

Its job ad, here, says the House of Zuck wants a Linux kernel software engineer who will focus on the networking subsystem.

“Our goal over the next few years is for the Linux kernel network stack to rival or exceed that of FreeBSD”, The Social NetworkTM writes.

The duties listed include giving the Linux kernel better IPv6 support, since Facebook “is one of the worlds largest IPv6 deployments”.

As well, the developer will take part in emerging protocols like MPTCP – the multipath TCP project, http://www.multipath-tcp.org/ here, which was recently criticised for posing security challenges – and Google's QUIC protocol.

The company wants the developer to help improve “kernel stability, performance, observability, and manageability”, working out of home base in Menlo Park. You will, of course, already have code in the kernel, five years' experience in writing kernel code, a deep understanding of TCP and UDP and familiarity with other kernel modules.

Someone with that background will already have a flame-proof-suit tested against Linus Torvalds' periodic outbursts, which, El Reg supposes, why the job ad doesn't mention it. ®