Shifts more boxes... no word on bottom line, though 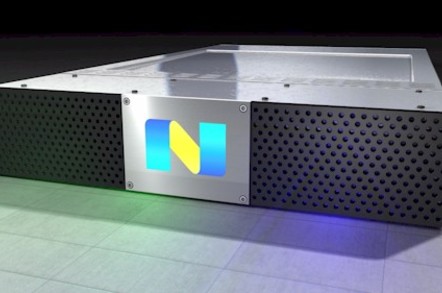 Its VCP (Virtual Computing Platform) has been bought by 800 customers in 43 counties – the country total was 30 in January. The firm adds that more than 16 customers have purchased in excess of $1m in products and services – it was 13 when 2014 began.

The first product was effectively shipped in the fourth quarter of 2011. The company reached an $80m annual run rate in its sixth quarter and, five quarters later, has passed $200m.

Threats include EMC/VMware's Project MARVIN and competitors like Simplivity and NIMBOXX. We'd assess the market as being big enough for the startups to play separately and happily for a year or so before they run into each other.

With Dell OEM'ing Nutanix, HP and IBM could do well to make deals with Simplivity or NIMBOXX – and an agreement with either or both could change the competitive landscape significantly.

Privately held Nutanix did not disclose any bottom line goodness. ®