No PCs. No tellies. No e-readers. And no future? 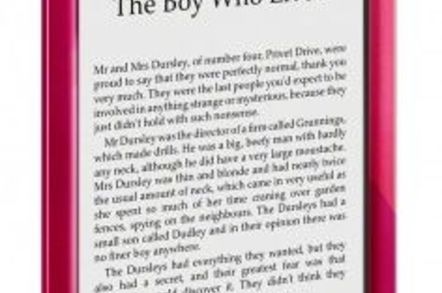 Earlier this year, Sony decided to quit the North American e-book market and get Kobo to supply content for readers in the US and Canada. The company then staged similar retreats in Europe and Australia. Now, the former Japanese powerhouse has decided to quit the device market as well – worldwide.

According to German site Lesen.net (here, in German), the current Sony Reader PRS-T3 will be the last, with no new reader on the schedule. The current model will become a collector's item of sorts, since it's going onto the stock runout list, with Lesen noting that Germany's stocks have already been exhausted.

Sony told Lesen that the products are no longer economically viable.

In spite of the company's status as an e-book pioneer, particularly with its E-ink technology, its devices struggled against Amazon's Kindle and its bookstores never matched Amazon, Barnes & Noble or Kobo for inventory or market share.

The company will continue with its B2B readers in the Japanese market, by way of its premium 13-inch DPT-S1, Lesen says.

As The Digital Reader observes, Sony's ten-year run in the e-book market beats efforts from Samsung, Foxit, Pandigital, Cool-ER and Entourage, none of which managed more than a few years on the market.

The thinning out of the e-reader market might not be over, with tablets and phones (particularly those with larger screens) making inroads into what market exists for single-function products. ®