Danes cram 43 Tbps down ONE fibre using ONE laser

'I could be bounded in a nutshell, and count myself a king of infinite space' 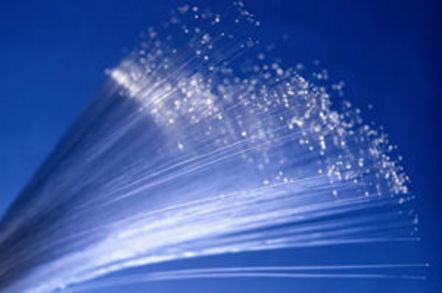 Denmark has hauled in some cable in the ongoing tug-o'-war over who has the fastest fibre, claiming a 43 Tbps record using a single laser.

The Ultra High-Speed Optical Communications (UHSOC) group at the Denmark Technical University says its demonstration puts it far ahead of the 32 Tbps record formerly held by the Karlsruhe Institute of Technology in Germany.

A key part of the demonstration was a seven-core fibre provided by Japanese giant NTT, which gives seven spatial paths for the signal to follow without needing multiple distinct fibres.

The highest speed transmissions over fibre involve using dozens, or hundreds, of fibres, lasers and wavelengths, and serve as demonstrations of multiplexing technologies that could be applied to existing multi-fibre carrier links.

What DTU is touting is a single laser, single fibre demonstration: a network built with the multi-core fibres would therefore support much, much higher transfers than 43 Tbps (the largest El Reg could find in a quick search is a cable with 288 fibre strands). There's a description of a 2012 test of NTT's seven-core fibre here, and the company is hoping to commercialise the technology.

DTU's announcement notes that getting such a high speed out of a single laser should help keep control of ballooning energy consumption of communication systems, since Internet traffic is showing a consistent 40-50 per cent annual growth.

Socket to the energy bill: 5-bed home with stupid number of power outlets leaves us asking... why?