Twitter: Hey. Remember us? Hello, yes. Govts want to spy on us too! 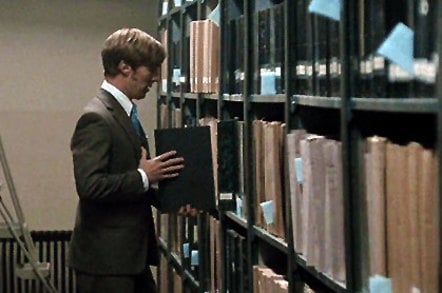 The company said in its semi-annual transparency report that over the first half of 2014, governments from 54 countries made requests for account information. Eight of those countries were requesting data for the first time ever.

Overall, Twitter received 2,058 requests for information in the six-month period, a 46 per cent increase over the second half of 2013.

The company said that a total of 3,131 accounts were affected, which was 48 per cent more than in its last report. Twitter ended up providing some or all of the requested information in 52 per cent of the cases.

"The continued rise may be attributed to Twitter’s ongoing international expansion, but also appears to follow the industry trend," the report explains. "As always, we continue to fight to provide notice to affected users when we're not otherwise prohibited."

The US was by far the biggest slurper of Twitter data. Authorities in the States accounted for 61 per cent of all government data requests. US authorities were also more successful in receiving data, with 72 per cent of requests resulting in Twitter providing some or all of the information requested.

Japan was a distant second, accounting for 9 per cent of information requests, or 192 in total. Saudi Arabia was third with 189 requests. Authorities in the UK issued 78 requests, seeking data on 220 user accounts with a 46 per cent success rate.

Twitter's report comes on the heels of a legal decision that will likely give law enforcement agencies even more power to force companies into handing over user data. A US judge has ruled that Microsoft must open up its Ireland data facility to investigators, which, if not overturned on appeal, will likely allow courts to force other vendors to open their foreign facilities to US investigators. ®