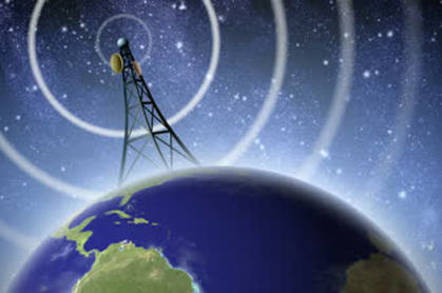 Ofcom has “rethought” the fees that UK mobile networks pay for their 900MHz and 1800MHz spectrum, based on the industry's reaction to its latest proposal.

Previously Ofcom decided to hike the annual fee that the networks pay for access to spectrum from £65m to £309m – a relative rise of 375 per cent. That’s now been modified to £246.8m - a relative change of 275 per cent.

Ironically Ofcom has just brought in a ban which prohibits the mobile network operators from hiking consumers fees mid-contract. Ofcom says this timing is coincidental.

In a new consultation document(PDF) Ofcom argues that the new pricing comes as a result of the Government directing Ofcom in 2010 to revise fees to reflect full market value, after the completion of the 4G auction. Given that the two bands are used for 2G and 3G, including voice calls, and some 4G services there is a view that they are increasing in value. The new pricing is designed to reflect that and works out at £1.57m per MHz at 900MHz and £0.9m per MHz at 1800MHz.

There were howls of protest at the initial seven-fold increase proposal, and it’s hard to see that this sixfold one is very much better.

Mobile network operators currently pay an annual combined total of £24.8m per year for 900 MHz spectrum and £39.7m for 1800 MHz spectrum. Unlike the 3G and 4G spectrum, they didn't pay for the 900MHz and 1800MHz bands, so this looks a bit like the government trying to claw back revenue from mistakes they made in 1985 and 1994.

The shared 3.3MHz of guard band which was auctioned in 2006 is not included in the deal which makes it look like a bit of a bargain.

For the analysis, Ofcom looked at absolute values for the two blocks of spectrum and then turned that into an annual licence fee spread over twenty years, allowing for tax and inflation. Not surprisingly, Ofcom and the operators were significantly at odds over value of the spectrum, which was produced with reference to other European auctions. However, the varying populations of these other countries and the immensely complicated ways in which auctions are conducted – with frequencies in different lots combined and prohibitions on who is allowed to bid for what – makes direct comparison nigh on impossible.

A major part of the analysis is based on the prices paid for the 4G spectrum in recent auctions, although Ofcom gives a nod to the assertion from the National Audit Office that operators underpaid for that spectrum.

Philip Marnick, group director of Ofcom's Spectrum Group, said: "We expected substantial responses to our initial proposals, which are based on complex analysis. We've listened carefully to the arguments and evidence put forward during the consultation, which has helped refine our proposals.

"We're conducting a further consultation to ensure we reach an appropriate view about the best approach to setting the annual licence fees. We expect to publish our final decision on mobile licence fees around the turn of the year."

Ofcom has given the telcos six weeks to react to the latest prices. The regulator refutes the view that doing this in August and September, while schools are on holiday and when busy telco execs will be testing roaming capabilities, might be a little unfair, with the view that the telcos have known that this has been coming for four years.

The operators have been subdued in their response, with Vodafone just saying they are looking at the proposal. An O2 spokesperson told The Register: “We welcome Ofcom’s decision to consult (for 900 MHz and 1800 MHz spectrum licence fees). Previous fee proposals would have hampered industry investment and put pressure on retail prices, to the detriment of mobile phone customers. We’ll read through the revised proposals in the coming weeks.”

Which is kind of the same thing. While the GSMA doesn't have a specific response to this consultation in the past the organisation has held the view that spectrum pricing holds back economic development.

Ofcom says that how operators choose to finance this – which is around £3 per subscriber per year – is, of course, down to the individual operators. Yet given the competitive nature of the market it's unlikely to affect consumers' mobile tariffs. ®