YES, iPhones ARE getting slower with each new release of iOS

Old hardware doesn't get any faster with new software 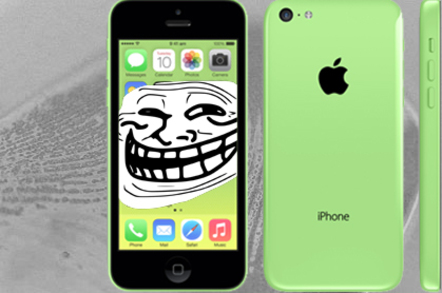 Worstall on Wednesday There's a nice little feuilleton in the New York Times looking at why everyone whines about their iPhone slowing down when Apple releases a new variant.

Starting from a personal complaint by a professor, one of his students looks at the incidence for “iPhone slow” in Google Trends and notes that there's a leap every time a new model is released.

That is released – not announced – so it must come from actual use, rather than just thinking that it isn't quite up to date.

It's also noted that releases of new Samsung models do not coincide so strongly with leaps in similar search terms. Obviously there's something specific to Apple here, and that's that major upgrades to the iPhone coincide with upgrades to iOS, something which 90 per cent of iPhone users will implement.

Famously, Android users do not tend to upgrade their OS over time. So, we might think that this observed slow-down is a result of trying to run the new OS on old hardware which isn't quite up to supporting it. And we'd probably be right there.

However, we can now go off on our own and go a little further than this. For what's really remarkable about these OS upgrades is how good Apple has been at keeping new versions of iOS compatible with old versions of hardware. No one at all would suggest running today's Samsung bloatware (that bit that floats around on top of Android) on hardware three years old. But it seems perfectly acceptable to be running this year's iOS on old kit. It's also at this point that we can wander off into a couple of bits of economics for illumination.

Apple and the Laffer Curve: Tax, my boy!

The first being that it's not uncommon for any one change in the economy to affect it in two different ways, each working against the other. It's this that gives us the infamous Laffer Curve concerning income taxation, for example. There's the substitution effect (“tax rates have gone up, dammit, work's not worth it, I'm off fishing instead”) and the income effect (“I need £100 to live, taxes have gone up, I need to work more to get my £100”). The net effect is, of course, the balance of how these two affect us all. And we do see that income effect out there: it explains why you can never get a taxi when it's raining.

No, really. Detailed studies have shown that cab drivers (not all the time, but often enough that this is the way the net effect works) do have in mind a daily income target. When they've met that target, off they go home. So, when it's raining and more people want a ride, the drivers reach that target earlier and so boogie off to bonk the spouse or whatever. Or (and this sounds weird but is true), an increase in demand for taxis can lead to a decrease in the supply of them – and thus why economists applaud taxi app Uber's surge pricing, however much passengers hate it.

With Apple's iOS, our two effects are the desire of the designers to get every last piece of performance out of their latest processor, camera, gadgets and all the rest that they have lovingly packed into that superslim case. This obviously involves writing some serious code – and that code is highly likely to run slowly on old hardware. The other effect is that they don't actually want to brick that old hardware so they're also trying to make that new code not too heavy so that it will still work on older iKit.

At which point we come to our second bit of economics: people optimise. This is a general assumption in any form of free market economics. People look around them and try to do the best that they can. What's available to them to achieve their goals and what have they got to hand to achieve them with? They therefore try to optimise their utility (i.e., the most for the least) by deciding among those various things.

This isn't, quite, actually true. As many who dislike free market economics point out, people don't, in fact, optimise: they satisfact. They go, overwhelmingly, for the “good enough” rather than the “very best they can manage”. Sophists would argue that they therefore optimise their search time but that's getting a bit recursive. The reasonable answer is that satisfacting asymptotically approaches optimising, so it remains a useful working assumption.

The equivalent in our software development world is that there is always a release date to be working to. No one does, in fact, optimise code. There are various levels of satisfacting, though: more care is taken over bugs in Airbus's fly-by-wire software than there is in the latest clone of Flappy Bird.

It's this that gives our iOS coders a bit of a break: after all, they never did optimise that code last time around. Now they've had another year to do that asymptotically approaching bit, and so the code they're using in this year's version to perform last year's tasks is likely to be lighter.

And so, yes, old iPhones running the new iOS do get slower. But with those two effects going on, feature creep and “whizzy new” things it can do, ameliorated by the greater optimisation of the old things the old OS could do.

At some point of course, just as with our Laffer Curve or so many other economic processes, “whizzy new” will predominate and there will be a “bugger that” backwards capability moment, as there has been on the desktop.

Coming back down out of theory and observing reality, the most interesting thing is how well Apple has managed the interactions of these two processes. Thinking of Microsoft in the 1990s, no one at all would try to run the Windows of the day on hardware two generations older: not if you wanted to be able to boot up before the next ice age, that is. ®