Google as arbiter of all online info ... really? 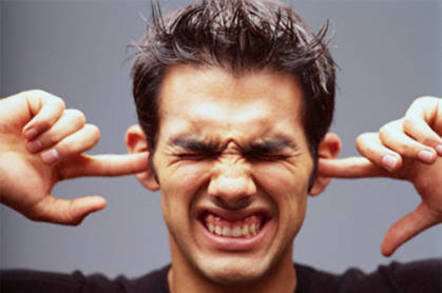 Peers sitting in the upper house of the British parliament have branded Europe’s court decision on killing links on search indexes – controversially dubbed the “right to be forgotten” ruling – “unworkable, unreasonable and wrong in principle”.

The EU subcommittee on Home Affairs, Health and Education said in a report that the Court of Justice’s (CJEU) ruling, which forces search engines like Google to remove certain links to personal information from search results when requested, just wasn’t working.

The peers said that the requirement itself was unfeasible and the directive it was based on was too old to be meaningful anyway.

“Although this was a short inquiry, it is crystal clear that the neither the 1995 Directive, nor the CJEU’s interpretation of it reflects the incredible advancement in technology that we see today, over 20 years since the Directive was drafted,” said Baroness Prashar, chair of the subcommittee.

“Anyone anywhere in the world now has information at the touch of a button, and that includes detailed personal information about people in all countries of the globe.”

The government officials argued that the search index ruling was impossible to enforce for smaller search engines that don’t have the resources of an ad behemoth like Google to process thousands of takedown requests.

The peer group issued its report after hearing evidence from data protection experts, the Information Commissioner’s Office, the minister for justice and civil liberties Simon Hughes, and Google itself.

The search giant told the subcommittee earlier this month that it was dealing with around 1,000 requests a day in Europe, with most coming from France, Germany and the UK.

“The requests received in June alone mean that Google's staff have to review over a quarter of a million URLs to see whether the information appears to be 'inadequate, irrelevant or no longer relevant, or excessive in relation to the purposes of the processing' carried out by them,” the report said.

“If their initial view is that these criteria are satisfied, they have to make the further value judgment to assess whether it appears "for particular reasons, such as the role played by the data subject in public life, that the interference with his fundamental rights is justified by the preponderant interest of the general public in having, on account of inclusion in the list of results, access to the information in question”.”

The report claimed that this was a “massive burden” that could be borne by Google, but not by smaller search engines. And it added that it was wrong to leave the question of what belongs on the internet up to corporations anyway. “It is wrong in principle to leave search engines themselves the task of deciding whether to delete information or not, based on vague, ambiguous and unhelpful criteria, and we heard from witnesses how uncomfortable they are with the idea of a commercial company sitting in judgment on issues like that,” Baroness Prashar said.

The UK government is already fighting against the “right to be forgotten” or “right to erasure” online and the subcommittee said it applauded its stance against their inclusion in updated data protection regulations.

“We think there is a very strong argument that, in the new Regulation, search engines should not be classed as data controllers, and therefore not liable as ‘owners’ of the information they are linking to.

“We also do not believe that individuals should have a right to have links to accurate and lawfully available information* about them removed, simply because they do not like what is said,” the subcommittee chair said. ®

* The ruling would also allow for search firms to turn down requests if they felt there were insufficient grounds to perform them. Dissatisfied complainants would have to go to the ICO or similar DPA enforcer in other Euro member states to force a search engine to take down the link.