'Greenhouse effect is real, but the rest of it is uncertain' 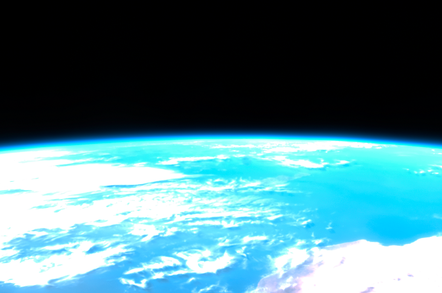 The UK's Parliamentary climate change select committee has just issued a written endorsement of the latest, alarmist UN Intergovernmental Panel on Climate Change (IPCC) report. However, two MPs - the two most scientifically qualified on the committee - have strongly disagreed with this position.

But not all the committee's members are convinced.

"As scientists by training, we do not dispute the science of the greenhouse effect - nor did any of our witnesses," said Peter Lilley (Conservative) and Graham Stringer (Labour) in a statement issued as the committee report came out.

"However, there remain great uncertainties about how much warming a given increase in greenhouse gases will cause, how much damage any temperature increase will cause and the best balance between adaptation versus prevention of global warming."

The two sceptics highlighted the ongoing hiatus in global warming, which has seen temperatures around the world remain basically the same for more than 15 years, following noticeable warming in the 1980s and early 1990s.

"About one third of all the CO2 emitted by mankind since the industrial revolution has been put into the atmosphere since 1997; yet there has been no statistically significant increase in the mean global temperature since then," the two MPs state.

"By definition, a period with record emissions but no warming cannot provide evidence that emissions are the dominant cause of warming!"

The other nine MPs disagreed, however, and outvoted the two sceptics to firmly endorse the IPCC view. But it's perhaps worth noting the two rebels' description of themselves as "scientists by training" - which they both are - and the fact that they have far more relevant scientific education than most of the alarmist MPs who outvoted them.

So, for the record, here's the committee lineup:

Peter Lilley - Degree in physics and economics from Cambridge

So we can see that really only Sir Robert among those toeing the IPCC line could have developed much more insight into the climate debate than an uninformed layman might - and one could venture to doubt that he's really a true alarmist, as he represents a lot of Aberdeen oil and gas workers and is Joint Vice Chair of the UK Offshore Oil & Gas Industry Group.

All in all, the snapshot view provided by the Parliamentary climate change committee would seem to bear out the results of a recent survey - which concluded that the more scientific and mathematical knowledge a person has, the less worried about climate change they tend to be. ®