Ah, so that's why French IT giant Atos is officially full of Bull 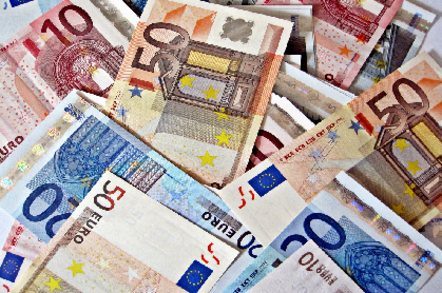 The old adage that there's safety in numbers could well be applied to systems integrators Bull and Atos as they come together in a marriage due to be consummated next month.

The theory behind Atos's €620m (£490m) bid to buy cloudy and security biz Bull is to plug gaps in the portfolio, bag more customers and wring out some costs at the back-end to create a more profitable outfit. And judging by the financials the pair reported today, corrective action is required.

For the first half of calendar '14, Atos posted a 1.9 per cent decline in revenues to €4.17bn (£3.3bn) with decline across nearly all geographies bar the UK and what the firm termed as "Other BUs".

The order book amounted to €4.36bn, a book-to-bill ratio of 104 per cent for the first half and 127 per cent in the latter six months.

The French integrator reported an operating margin up 20 basis points to 6.6 per cent, leaving an operating profit of €275m.

But it launched "reorganisation and rationalisation" actions in the first half to "maximise the full year effect" which hit net profits, down 34 per cent on a year ago to €76m.

The costs included: €82m for staff re-org; €22m for closing offices and consolidating data centres mainly in Germany and the Benelux; €7m for integration and acquisition costs; and €22m for amortisation.

Over at Bull, revenues for its first half-year fell 2.6 per cent in constant currency to €585.4m. The Data Infrastructure unit was down 10 per cent to €262.4m based on "lower investment in traditional IT infrastructure, particularly in France and Western Europe".

The Data Management arm grew 2.7 per cent to €322.9m on the back of "orders relating to private cloud operations and systems integration".

The closing period for Atos's offer is up on 31 July and the deal is due to be completed next month. ®

Logowatch Totally, like, an expression of 'humanity and commitment' and stuff