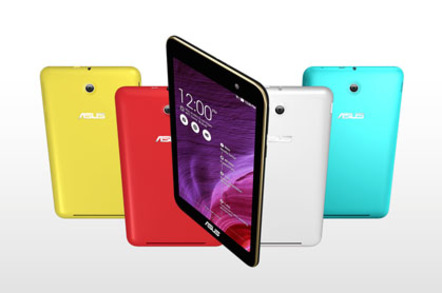 Review What’s the best affordable 7-inch tablet? Surely it’s got to be either the Nexus 7 or the LG G Pad 8.3 or if the pair of them are too dear, the Hudl – right? Wrong. 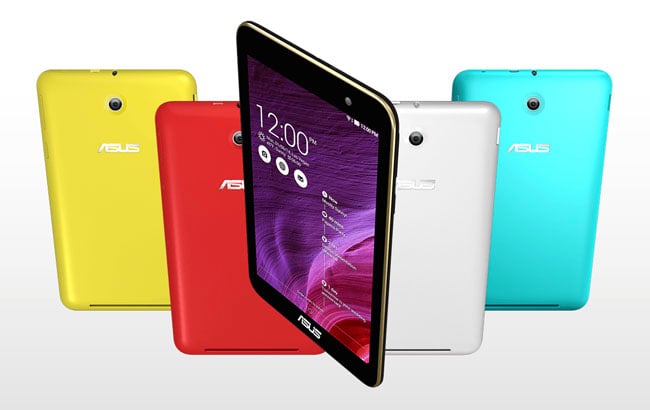 Asus’s new £120 MeMO Pad 7 may not be better than the Google, LG and Tesco devices in all areas but, taken as a sum of its parts, it’s a superbly balanced gadget and, for the price, outstanding value for money. It’s also the first Intel-powered Android device you should actually want to own.

Let’s start with that chip. Powering the MeMO Pad 7 is a quad-core Intel Atom Bay Trail Z3745 CPU clocked at 1.33GHz but with a burst speed of 1.86GHz supported by 1GB of DDR3 RAM. This is the first quad-core Intel chip I’ve encountered in a mobile device and, my God, do those extra two cores make a difference. Make no mistake the MeMO Pad 7 is a seriously powerful bit of kit, price notwithstanding.

The AnTuTu benchmark score speaks for itself. At just under 34,000 it crushes both the quad-core 1.5GHz Krait powered Nexus and similarly clocked Rockchip driven Hudl, which turn in scores of around 20,000 and 18,000 respectively. The SunSpider browser test score of 705ms was no less impressive, ditto the 3DMark graphics benchmark. 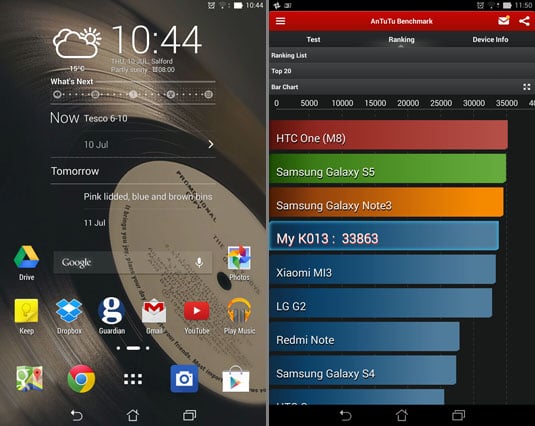 There is one drawback to using a laptop chip in a tablet though - run a demanding game like EA’s Real Racing 3 or N.O.V.A. 3 and the MeMo Pad 7 gets quite warm.

Despite the benchmark scores being right up with the very best Android flagship devices the UI still isn’t as consistently super-fluid as it is on the likes of the Nexus 7, with the odd pause here and there before it gets its act together. These issues aside – which are no doubt born of having an OS designed for ARM running on x86 – the MeMO Pad 7’s UI is still by some way the smoothest I’ve encountered on an Intel-powered ’droid.

Where the Nexus, LG and even the Hudl have an edge over the MeMO Pad is with the display. There’s no problem with the basic quality of the screen, as the MeMO's IPS panel is actually pretty good. It’s bright and colourful with only a slight lack of saturation though that can be massaged by using Asus’ Splendid screen adjustment app. 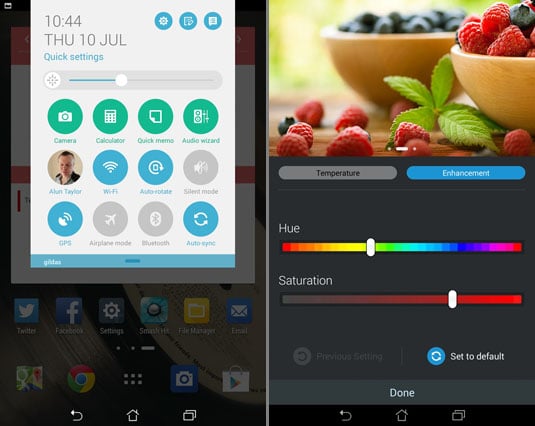 Sure there are tweaks, but the real issue is lack of pixels. With only 1280 x 800 on offer, the MeMO Pad has a significantly lower pixel density (216dpi) than the Nexus 7 (323dpi), the LG (273dpi) or even the Hudl (242dpi). Raw numbers aside the MeMO Pad's screen actually looks pretty crisp to the naked eye so the low resolution is not what I’d call a deal breaker by any stretch of the imagination.

One curious omission from the MeMO Pad 7 though is the ambient light sensor. The upshot of this that there is no Auto setting for the screen brightness and the battery savings that can go with it.