Bezos behemoth is tottering at the top 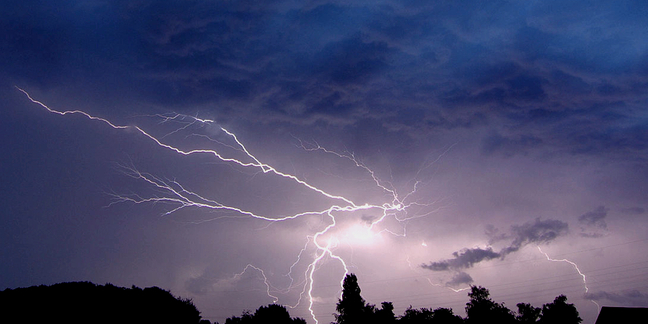 Azure grew its commercial cloud services revenue 147 per cent on an annual basis in the second quarter of 2014, and has an annualised run rate of $4.4bn. So says financial analyst Aaron Rakers, the MD of beancounter haus Stifel Nicolaus.

He adds Redmond “reported a 2x yr/yr increase in storage for Azure and a 3x increase in computing.”

And Amazon’s AWS? Rakers reckons its AWS revenue growth rate slumped, causing Amazon’s Other revenue category to grow only 36.5 per cent in the same quarter.

Rakers has charted the AWS and Azure growth rates and here’s the graph: 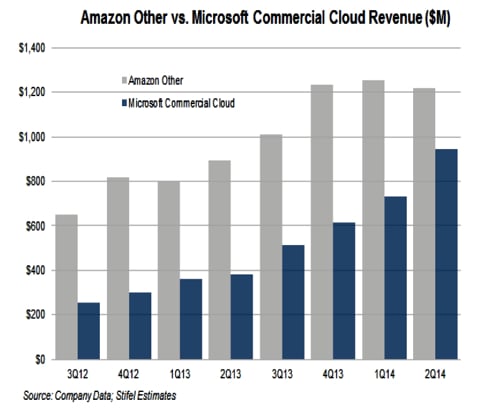 We know Google’s non-advertising revenues – Nexus devices and revenue from its apps and cloud services – in the second quarter were up 53 per cent from the year-ago period. The actual Google cloud revenues were not broken out.

Can Azure sustain this growth rate? The prospect of overtaking AWS cloud revenues will excite the blood of Microsoft execs – they’ll call it a triumph and boast Bezos can be beaten. By extrapolating the trends on the chart we could - and here El Reg emphasises that “could” - see it happen in the fourth quarter of FY2014.