What do you mean, we've ditched Redmond in favour of IBM?! 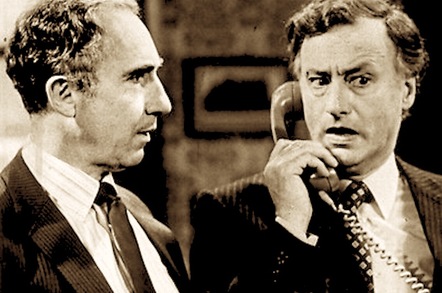 Analysis Freetards are elated: Call-me-Dave’s people in the Cabinet Office have done the right thing and backed the Open Document Format as the default government file format.

From now on, all electronic documents produced and used by Whitehall and government agencies must use the Open Document Format (ODF).

ODF is the open specification for document markup, as employed by suites like OpenOffice.

Microsoft is not happy: in selecting ODF, No.10 Downing Street rejected Microsoft’s Office Open XML (OOXML) or supporting a dual standard of OOXML and ODF.

“Microsoft believes it is unproven and unclear how UK citizens will benefit from the government's decision,” sniffed Redmond.

The decision is a big one: it opens the door to host of open-source, web-based document creation and management suites against Microsoft’s Office. Government is a big piece of the action in anybody’s book as it spends more than £7.6bn annually on information and communications technology (ICT).

The UK public sector is reported to have spent more than £200m on Office alone since 2010.That’s a considerable chunk of money up for grabs – and one that Microsoft stands to lose.

It’s ODF’s biggest win since the German city of Munich, which in 2004 began ripping out Windows and Office from 15,000 PCs for a combination of the ODF-friendly – and then non-Oracle-owned - OpenOffice and Linux (Ubuntu and Debian).

Six years after the project started the city’s mayor reckoned Munich had saved $56m, in addition to regaining control over its technology roadmap rather than relying on the whims of a single supplier.

Nice victory, but Microsoft won't be crying itself to sleep

Those cheering the UK government’s declaration of ODF see it in similar terms: a way to break free of the controls of a single suppler with a proprietary agenda. Data belonging to the government and of the people has been liberated from the frozen fingers of a closed-source suite.

But is there really anything substantial to this victory beyond a slap round the chops for Microsoft?

Well, sorry to break it to you, ODF fans, but don’t expect Microsoft to slink out of Whitehall and for the revolutionaries to rush in like it’s St Petersburg in 1917. A shift in where and how the government uses Microsoft products is already underway.

No.10’s decision to mandate ODF followed months of consultation with the Cabinet Office on open standards and was announced by Francis “Mad Frankie” Maude. During that time there was intense lobbying from Microsoft, as well as from those who supported ODF.

Next page: You thought this meant something big would happen? Think again
Page:
Tips and corrections
102 Comments