The END of the FONDLESLAB KINGS? Apple and Samsung have reason to FEAR

With all appliances and means to boot... Uneasy lies the head that wears a crown 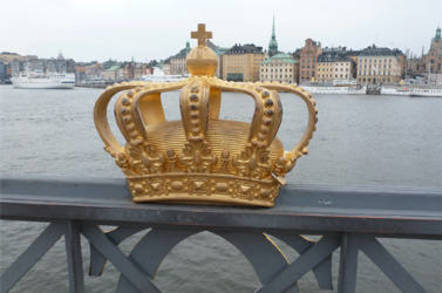 The two traditional kingpins of the tablet market may soon be hearing the footsteps of competitors gaining on them as both Apple and Samsung have lost market share in the latest report from IDC.

The research firm said in its Quarterly Tablet Tracker report that the likes of Lenovo and ASUS picked up market share in the last quarter, while both Apple and Samsung lost market share but maintained their respect first- and second-place spots.

"Until recently, Apple, and to a lesser extent Samsung, have been sitting at the top of the market, minimally impacted by the progress from competitors," said IDC worldwide quarterly tablet tracker research analyst Jitesh Ubrani.

"Now we are seeing growth amongst the smaller vendors and a leveling of shares across more vendors as the market enters a new phase."

Overall, the company logged 49.3 million tablet shipments from vendors over the second quarter of 2014, an 11 per cent increase over the same period last year when vendors shipped 44.4 million.

It's no secret that Apple has seen its iPad line take a hit the last few months. The drop in tablet sales was the blemish on an otherwise shining quarter in Cupertino. However, there is reason to be optimistic about a rebound: first, the company is due for a refresh of the iPad line in the coming months and secondly, Apple recently inked an enterprise mobility deal with IBM.

Samsung also saw its share of the tablet market drop on the quarter as the Korean electronics giant's share of the market slipped from 18.8 per cent to 17.2 per cent. This in spite of a 1.6 per cent gain in shipments from 8.4 million to 8.5 million.

Lenovo proved the big winner on the quarter as the company saw a 64.7 per cent year over year boost from 1.5 million to 2.4 million tablets shipped. The gain was enough to boost the company from a 3.3 per cent market share to 4.9 per cent and third overall.

Furthering the idea that smaller vendors are gaining ground is the analysts' report that vendors outside the top five saw their collective share of the market grow from 37 per cent to 44.4 per cent as shipments grew from 16.4 million shipments to 21.9 million. ®