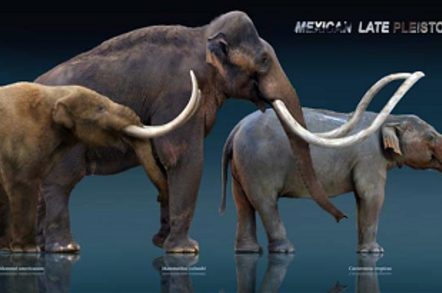 Hadoop has become a strategic battleground for three of the world's most influential technology companies, judging by HP's $50m investment into Hadoop company Hortonworks.

The injection, which was announced on Thursday, follows Google Capital – the web giant's investment arm – leading a $110m fundraising round for Hadoop rival MapR. Prior to that, Intel announced a staggering $740m investment into rival Cloudera.

Hadoop is an open-source data analysis engine loosely based on Google's internal MapReduce and Google File System code. The software was developed by a team of engineers at Yahoo!, some of whom went on to form Hortonworks, though one of Hadoop's main creators, Doug Cutting, works at Cloudera.

The software gives firms a cheap way to store and analyze large amounts of data, though historically the tech has been difficult to work with – especially when writing MapReduce queries. That is changing, however, as more companies pile into the tech to extend its capabilities.

By partnering with Hortonworks, HP can ensure that it has a decent level of insight into one of the more influential technologies being developed today.

"Hortonworks' and HP's announcement of a deepening of our strategic partnership with HP will make it easier for enterprises to adopt Apache Hadoop as a component of their modern data architecture," Hortonworks wrote.

Along with the $50m equity investment into Hortonworks, HP executive and CTO Martin Fink will join the board of the company. Hortonwork's Hadoop distribution will become a fundamental part of HP's data analysis HAVEn tech.

Further ahead, it's likely the partnership will see the companies develop software for HP's upcoming "The Machine" system, which aims to mush together memristors, silicon photonics and custom processors into a single low-power, low-latency computer. The "Machine" will need a file system, and HDFS may have a role there.

HP's investment comes on top of a funding round of $100m, led by BlackRock and Passport Capital, for Hortonworks. The software biz's total funding to date is now $248m. At the time of writing Hortonworks was not available to speak about the deal, nor was anyone from HP. ®