Bad back? Show some spine and stop popping paracetamol 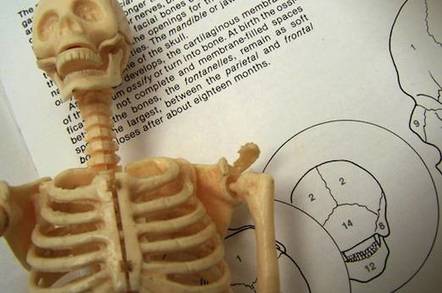 The human spine is poorly-designed for the rigours of modern life, but so are the drugs most commonly prescribed to help you endure a bad back.

That's the conclusion of a new study looking into whether paracetamol, the drug most often suggested to treat bad backs, actually helps.

Reported in The Lancet, the study funded by the National Health and Medical Research Council of Australia and pharmaceutical company GlaxoSmithKline Australia ran for over three years and involved “a multicentre, double-dummy, randomised, placebo controlled trial across 235 primary care centres in Sydney.”

The study saw some patients given regular doses paracetamol, others told to take the drug when in pain and a third group handed placebos.

Those given paracetamol, in either mode, reported no less pain than those taking placebos. Nor did sugar-pill-poppers recover from their ailments more slowly.

The authors therefore “question the universal endorsement of paracetamol in this patient group.”

In this interview the study's leader Professor Chris Maher even questions whether Paracetamol can be considered a pain-killer.

“The jury is out” on whether the drug lessens pain, Professor Maher says about two minutes into the interview.

Whether or not the drug works may be moot, Professor Maher adds, because paracetamol is usually prescribed along with instructions not to lie around in bed waiting for a bad back to stop hurting. He therefore hypothesises that merely being told to stay up and about, made possible by the fact one is taking pain-killers, could be the best therapy of all. ®

Not so fast, please. Ask polar explorers and mountaineers how hard it is to get a drink