Climate: 'An excuse for tax hikes', scientists 'don't know what they're talking about'

People of the world's responses to new survey 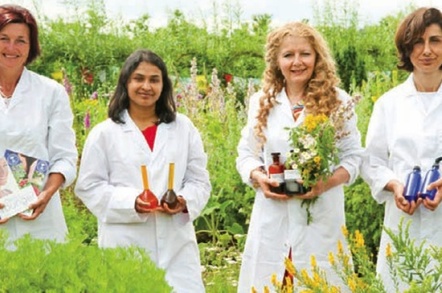 Opinion People all around the world, responding to a survey by Ipsos MORI, have generally agreed with the ideas that scientists don't really know what they're talking about when it comes to the climate – and that governments are using environmental issues as an excuse to raise taxes.

These not-so-green views were transmitted as part of Ipsos MORI's new Global Trends 2014 survey, which can be seen here. Respondents were asked to respond "agree", "disagree" or "don't know" to various statements.

On balance the people of the world concurred with the statement "even the scientists don't really know what they're talking about on environmental issues", with only 42 per cent disagreeing and 48 per cent agreeing. Disbelief in scientific climate expertise was strongest in China, Japan and Germany. In Britain, the US and Australia, people were less sceptical, with those populations pretty much evenly split as to whether scientists know what they're on about regarding the environment.

The survey respondents also strongly endorsed the idea that "the government is just using environmental issues as an excuse to raise taxes", with 58 per cent in agreement and just 31 per cent disagreeing worldwide. The only countries in the survey where people actually disagreed were Italy and Sweden. Brits and Americans concurred with the notion of green tax plundering, but not as strongly as most nations: Spain, France and Belgium were the places that really got behind the idea.

Much has been made by some news organisations of the response to the statement "the climate change we are currently seeing is a natural phenomenon that happens from time to time". Here some 49 per cent of the people of the world disagreed, and 41 per cent agreed: but in the US and Britain (also India and China), more agreed than disagreed.

According to some, the survey shows a connection between "global warming denial" and "speaking English", much though they don't speak English in China, India, Poland or Russia - all places where people apparently believe that today's climate change is natural.

In fact what the survey really shows is the weakness of surveys, because a further statement, "the climate change we are currently seeing is largely the result of human activity", gained strong agreement everywhere - even in Britain, the USA, Russia, China, India and Poland.

So it would seem that an awful lot of people believe that "the climate change we are currently seeing" is both a natural phenomenon which happens from time to time and largely caused by humans.

Of course the confusion here may be worsened by the fact that we aren't "currently seeing" any climate change by the headline measure: there has been no global warming for perhaps 15 years.

But it does seem much clearer that people in general don't think scientists in general really know what's going on with the climate. This seems fair, as the more advanced climate physicists and related specialists freely admit to large uncertainties - and no other kind of scientist's opinion is much more valuable than a layman's, much though many marginal eggheads might disagree.

And it does seem completely beyond dispute that various governments have seized upon environmental issues and used them to impose various increasingly painful taxes and levies, though there doesn't seem to be much connection between the level at which a government does this and its citizens belief that it is doing so. ®