SAP gets into OpenStack bed with... ORACLE? (and 100 others) 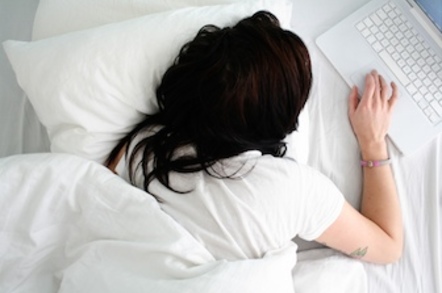 SAP is preparing to work with arch-rival Oracle on developing open-source software that will benefit both companies' products.

This perplexing state of affairs was announced by SAP on Tuesday when it said it had become a "Corporate Sponsor" of the OpenStack Foundation to the tune of $25,000 a year. Oracle is also a sponsor, as are tens of other companies including Ubuntu, HP, IBM, Cisco, Yahoo!, and more.

OpenStack is a project founded by NASA and Rackspace in 2010 that aims to create software for spinning up, managing, and reselling data center services. The goal of the open-source project is to be as indispensable to large clusters of IT equipment as Linux distributions are to individual servers and the like.

Tellingly, neither Microsoft, Google or Amazon are involved in the project, as they operate proprietary systems that are by all accounts more advanced than OpenStack – and more lucrative.

Other companies, such as SAP and Oracle, have been forced to team up with each other to co-develop OpenStack to try to blunt the lead enjoyed by the trio of cloud giants.

By joining the OpenStack Foundation, SAP will be able to use the project's branding, get itself included in the project's newsletter, and purchase targeted advert keywords relating to it. However, as it is not a "gold" or "platinum" member it won't be able to get a representative easily elected to the OpenStack Foundation board of directors, somewhat limiting its influence over the tech.

"There are ideas in the works where we want to actively contribute, shape it, and work with the community," explained Thomas Grassl, SAP's head of developer relations, in a chat with The Register. "It is a good thing for us to do this through a joint community, and engage with the community."

Though SAP has started selling a variety of cloud-based "as-a-service" technologies, like its HANA Enterprise Cloud and other subscription-based software products, it is not yet using OpenStack internally, Grassl said. "We have huge requirements on the enterprise side, and also new requirements for us... this brings in new requirements we want to co-innovate with the community." ®