Unmasking hidden users is too hot for Carnegie-Mellon 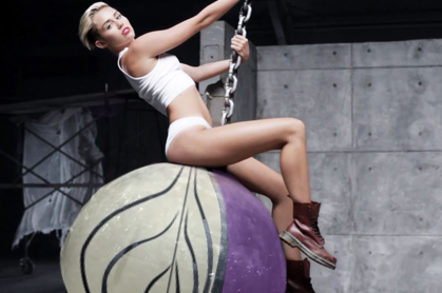 Boring Carnegie-Mellon University lawyers have scuppered one of the most hotly anticipated talks at the Black Hat conference – which would have explained how $3,000 of kit could unmask Tor hidden services and user IP addresses.

The university did not say why it torpedoed the accepted talk, triggering speculation that it feared breaking federal wiretapping laws - or that it had simply not gained pre-approval and the scuppering was a part of internal bureaucracy.

Tor Project leader Roger Dingledine said it was provided with informal access to some research materials but "never received slides or any description of what would be presented in the talk itself beyond what was available on the Black Hat webpage".

"We did not ask Black Hat or CERT (the university's computer emergency response team) to cancel the talk. We did -- and still do -- have questions for the presenter and for CERT about some aspects of the research, but we had no idea the talk would be pulled before the announcement was made."

That announcement was planned to be made later this week and would have included details on the attack.

Dingledine said previous researchers had tipped off Tor about bugs and found the Project to be "pretty helpful" and "generally positive" to work with.

University researchers Alexander Volynkin and Michael McCord planned to demonstrate how hundreds of thousands of Tor clients, along with thousands of hidden services, could be de-anonymised within a couple of months.

It would do this using unspecified recently disclosed vulnerabilities within the design and implementation of Tor user anonymity and about $3000 worth of tools including a "handful of powerful servers and a couple gigabit links".

Volynkin and McCord said they had successfully tested the attacks in the wild.

Further details had not been discussed but, in a now deleted synopsis, they wrote how they planned to cover the feasibility and limitations of attacks before detailing how botnet command and control servers, child pornography forums and hidden drug marketplaces like the Silk Road have been revealed.

"There is nothing that prevents you from using your resources to de-anonymise the network's users by exploiting fundamental flaws in Tor design and implementation," the researchers said. "And you don't need the NSA budgets to do so."

"Looking for the IP address of a Tor user? Not a problem. Trying to uncover the location of a Hidden Service? Done."

One or two controversial talks are pulled from the BlackHat and DEF CON events each year, typically to allow affected vendors and developers time to fix vulnerabilities and repair design flaws.

Last year, three researchers at the university of Luxembourg revealed, in a paper titled Trawling for Tor Hidden Services: Detection, Measurement, Deanonymisation [PDF], how flaws in the design and implementation of Tor’s hidden services allowed them to be de-anonymised and taken down. ®