Command and control of mal-spam barrage done via Tor 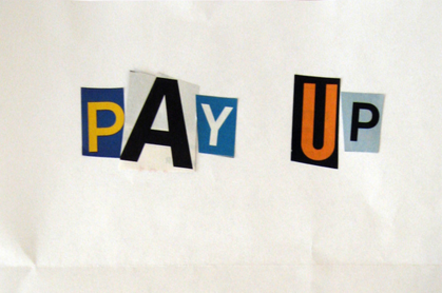 Miscreants have brewed up a strain of ransomware which functions like the recently dead CryptoLocker - and this one communicates using the Tor browsing anonymization network.

Critroni appears geared towards exploiting a gap in the market created by a takedown operation against the CryptoLocker and Gameover ZeuS botnets back in June.

CryptoLocker encrypted the contents of compromised machines using strong encryption. Without backups, victims had little choice but to pay a ransom if they wanted to regain access to their files. The Gameover ZeuS botnet - primarily associated with banking fraud - was also used as a distribution mechanism for CryptoLocker.

The mechanism for the distribution of Critroni works in much the same way except for the use of a spambot rather than a banking trojan as an intermediary infection. Specifically, cybercrooks set about planting the Angler exploit kit on otherwise legitimate websites, a hacking job that typically involves first scanning for website vulnerabilities.

The Angler hacker tool is then used to push a spambot onto the PCs of visiting surfers using browser exploits, unpatched Flash flaws and similar trickery. Angler has the side effect of opening a backdoor onto pox-infected Windows boxes. At this point no further hacking is required and cybercrooks can load up Critroni just as easily as PC owners can install iTunes.

Security watchers reckon Critroni has been on sale as a hacker toolkit, through carding and other underground cybercrime forums, for around a month. Pricing starts at around $3,000.

Once installed, Critroni encrypts photos and documents before demanding a ransom payment in Bitcoins in exchange for access to the keys needed to encrypt files. Ransoms run to 0.5BTC (or around $300 at current exchange rates) for victims in the US and Europe and half those outside these regions.

A write-up of Critroni (aka CTB-Locker) by security researcher Kafeine can be found here. More commentary on the threat can be found in Kaspersky Labs' Threatpost blog here. ®