Brit IT firm turnaround man: He's fixed the broken toilet, can he fix the busted biz?

We chat to big cheese at Phoenix IT Group 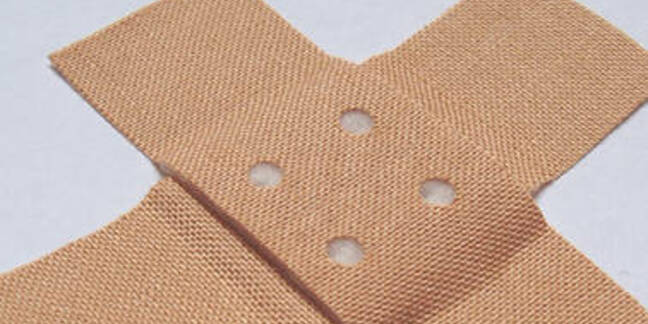 It has been four months since Phoenix IT Group brought in its Mr Fix It, a chief executive tasked with reversing the misfortunes of the stumbling tech services company.

Hired in March, Steve Vaughan has spent most of his time re-writing company strategy, but in his spare time got the broken disabled toilet in the Northampton offices working again and sent crisp white corporate T-shirts to those that wanted them. Apparently some did.

The LSE-listed firm has endured a torrid couple of loss-making years, made worse by an accountancy scandal, a redundancy programme that zapped morale among some staff and most recently (last autumn) the embarrassing Gold partner badge termination by Cisco.

The CEO reckons it will take three years to get the business running smoothly, "this year is about stability, efficiency, calm everyone down and understand where we are going".

"The second year is the idea of account management, growing sustainable relationships with clients based on profit and a standard set of services. The third year is about wonderfulness," he tell us.

"As a general approach, this business needs stability – that is not the same as fossilisation – it needs a direction, a strategy and progress towards that strategy, but it doesn't need a demolition charge. This isn't a break up strategy," he says. "I've not come here with a machine gun".

Talk is cheap, but it has been a relatively promising start: debts have been cut to £56.1m, down 21 per cent in a year. A share placement helped raise more than £8m but working capital generation also helped to reduce the debt burden, the size of which worried trade creditors.

The company has also scored some new contracts, a Platinum partner accreditation with HP and a Gold one with Huawei. Shoring up relations with large infrastructure players is to plug the business lost when Cisco issued a "termination for convenience" notice last October, as Vaughan describes it.

In dramatic fashion, Cisco pulled the rug from under Phoenix along with 1,000 other companies, telling them they could no longer sell its kit.

Multiple sources alleged Phoenix was using its Technical Assistance Centre and receiving software upgrades for gear, some which that had not been registered with the manufacturer. It was claimed that some other companies given marching orders by Cisco were selling grey tech - products coming from outside of the EEA.

Phoenix has never publicly addressed this debacle before, at least not since confirming it was splitting with a strategic supplier.

Vaughan told El Chan that he hadn't felt compelled to go on some "forensic investigation" when he joined, and claimed internally and externally he heard "15 different reasons" why the company was given the boot. He refuses to go into the reasons.

A number of Cisco service providers subsequently picked up the business Phoenix was no longer able to satisfy via its Partner business - a break fix and support arm that managed customers on an outsourced basis for system integrators and resellers.

Cisco subsequently bought a small element of the break fix business with half a dozen staff transferred across.

"It was the stub end of some of these Cisco responsibilities, part of that exit process," he says, but is unable to talk further because it is "commercially confidential".

"The [Cisco] business that we had was in the Partner business, it was most affected by the supplier termination. But I'm not really convinced that outsourcers that use our services evaluate us on whether we have a relationship with a particular vendor, its about the overall service and if we've got a UK-wide infrastructure".

"There are a few other things we need to do to recover from it but all those are in progress. I'd rather we were in a different place, but we are not, and regret is a negative emotion."

Vaughan, who has already ruled out breaking up Phoenix, says the Partner business - the largest of three divisions - gave the company the scale that allowed it to score Platinum status with HP and build a national network of engineers.

Critics say the unit, which employs 800 permanent engineers and a 400-strong project team – some 80 per cent of whom are contractors – is top-heavy and the revenue/ profit ratio per head is not viable.

"There is undoubtedly an issue about efficiency and the way in which we are contracting to deliver our services," the CEO agrees.

To date, Phoenix will deliver people on site rather than offering a four-hour response, which is something customers would prefer anyway, Vaughan says.

"We should transform it over the term of the contract into something that is a service level based. We haven't been doing that, there are all sorts of reasons why not," he says.

"The salesman is generally focused on the next sale and the service delivery person is looking at small ways to control and perhaps improve the service. But there was no one single owner or account manager in the structure.

"History says that if you move it from a headcount basis to a service level basis we make more money on average, and that is about deploying technology and doing thing in different ways."

Armed with spreadsheets, Rob Lockwood is running delivery in the Partner business, reporting to Bill Simpson. "We have not done a reorganisation… it's quite a small adjustment but from a point of view of accountability I think it will be an enormous change".

"This is isn't some great leap of Nobel economics, its very basic stuff, get the measure in place, drive people's behaviour, that encourages decisions," says Vaughan.

The idea is to get better planning in place, draw upon any spare capacity in the full time engineers and use them instead of quite so many contractors.

"This is not about headcount reduction, it might be about using fewer contractors and do it with the people that are already employed by us," he adds.

Vaughan said he is also working to get the techies across the organisation, "closer to customers rather than in cupboards worrying about accreditations". This is a nod that salesman aren't experts in all areas of technology and can sometimes do with a bit of handholding.

The challenge facing the mid-market focused Business Continuity wing is enticing customers to go to the cloud and then use other services on top of basic online back-up.

"The first step is persuading customers to have some infrastructure off-site, not in the basement or a cupboard, then you can start to add replication of systems or selling more data space when it is needed".

Phoenix has 13 data centres in the UK including two big bit farms in Leeds and Farnborough. It has 1,997 racks in total. Most facilities are small local server farm serving clients in close proximity.

Another major criticism that could be levelled at Phoenix is that the flavour of Managed Services lack uniqueness in the market.

"That is probably fair," says the CEO, "rather than me-too it's a bit all things to all men. Managed Services should be more focused on where it can take customers who deal with us occasionally into having a relationship with them all the time".

Maintenance is a declining business but is still in some demand, co-lo is "just floor tiles and electricity, there's no money in it" unless Phoenix can wrap a managed service around it.

The company is still getting down with implementation projects that involve reselling product, but anyone just calling to order boxes might not find the same response as before.

"If you are doing other things with us we'll absolutely do that (sell you product) but if that is the only engagement we've got with you, that is quite an expensive cost of sale, we should be looking at customers who we can do a range of things with".

This approach will extend to vendors too, beyond core "partners" including HP, Microsoft, several in the networking arena and NetApp.

"When, for example, you start to get into 'So what should our relationship with Citrix be?' That a good question and one we should have a good answer to. I'm not sure we've got a good answer yet."

These are perhaps fundamental issues that should have been solved. Why weren't they? "It is probably down to clear leadership… one thing Phoenix has been rubbish at is making decisions".

"As we haven't had that discipline in place before it has meant investment decisions get delayed, the can gets kicked down the road, more sums get done," he adds.

Making decisions is something Vaughan is having to face, whether it is fixing a busted flush or a slightly busted business unit.

The 2,300 company staff and myriad investors will be hoping he gets all of them right. ®