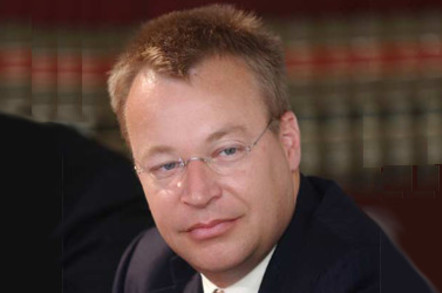 QuoTW How would you like to be told that you may have lost your job? Probably not with an email which started with the phrase: "Hello there."

But that's how Microsoft mobile boss Stephen Elop began his missive to the Microsoft Devices Group, burying the news about killing off Nokia X in par four, and the bit about which operations in the Devices Group would be "right-sized" in par nine.

He wrote: "We expect to focus phone production mainly in Hanoi, with some production to continue in Beijing and Dongguan. We plan to shift other Microsoft manufacturing and repair operations to Manaus and Reynosa respectively, and start a phased exit from Komaron, Hungary."

He continued: "We plan that this would result in an estimated reduction of 12,500 factory direct and professional employees over the next year.

Elop had been elaborating on Microsoft CEO Satya Nadella's earlier announcement, which had included a warning that a whopping 18,000 jobs would be lost from Microsoft as a whole – 12,500 of which would come from Elop's troops.

"We recognize these planned changes are broad and have very difficult implications for many of our team members," wrote Elop.

This was also the week when we were told that Apple would have to cough $400m to customers in 33 US states after participating in a price-fixing conspiracy to raise the prices of ebooks.

This settlement proves that even the biggest, most powerful companies in the world must play by the same rules as everyone else.

So will Apple - famously described by the Chinese state television channel CCTV as "greedy" and "incomparably arrogant" - change its wicked price-fixing ways? We don't know for sure, because the firm has a way of surprising us all.

Jaws around the world dropped to the floor when Apple announced a deal with IBM, a company that late CEO Steve Jobs regarded as his arch-rival. The two companies struck a "landmark deal", which will see IBM develop 100 enterprise apps for iPad and iPhone.

We are delighted to be teaming with Apple, whose innovations have transformed our lives in ways we take for granted, but can’t imagine living without. Our alliance will bring the same kind of transformation to the way people work, industries operate and companies perform.

This week we also learned that NASA boffins expect to find habitable, Earth-like worlds and maybe even extra-terrestrial life within the next 20 years (assuming we haven't all killed each other by then).

Imagine the moment when the world wakes up and the human race realizes that its long loneliness in time and space may be over - the possibility we're no longer alone in the universe.

If that doesn't make you worry about humanity, perhaps the revelation that Elon Musk wanted to name his range of electric cars "SEX" will. He already had a range called the Model S and X, which are sedans or SUVS, so he thought why not name the next lots of cars Model E?

Sadly, Ford wasn't happy and sued him for the use of the name.

This is crazy. Ford's trying to kill sex! So we'll have to think of another name. The new model is going to be called Model 3, we'll have three bars to represent it and it'll be S III X!"

It's not only difficult to get into space, it's difficult to stay up there, particularly when astronauts' competing paymasters in Russia and the US spend all their time squabbling. So when the private firm Orbital Sciences Corp sent its unmanned Cygnus craft into orbit from a spaceport in Virginia, NASA took the chance to tell the major space powers to sort out their differences.

"Keeping the space station supplied, keeping it flying, and even, politically, keeping it supported by the various governments around the world continues to be a challenge," said Frank Culbertson, a former NASA astronaut and current executive vice president for Orbital Sciences.

So how did the team which created the darkest material in the world come up with the idea? They were down the pub, of course.

"We were in the research lab getting very frustrated. We raced down to the pub and had a lightbulb moment," said Surrey NanoSystems CTO Ben Jensen.

The light of freedom is well and truly alight up in Scotland, where the SNP's mission to burn down the United Kingdom is reaching fever pitch. Smug wee Alex Salmond's shock troops are celebrating the arrival of Scotland's very own domain name, .scot, which can be used by anyone who wants to pledge allegiance to Lord Shrek and his freedom-crying hordes.

It is entirely right that Scotland should have its own distinctive and recognisable Internet domain, in particular one that will resonate internationally, helping to promote Scottish business and culture throughout the world.