Did HP just tip its hand on Autonomy? Spoiler: It was a busted flush

Breaking the news, literally, about the Pope, a Brit biz and a reseller 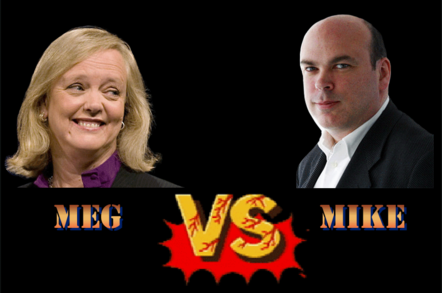 Analysis Autonomy has come under fire for a software deal between itself, reseller MicroTechnologies, and the Vatican – but all is not as it seems.

A report published by Reuters on Friday attempted to shed light on HP-owned Autonomy's strange deal to sell technology worth $11.55m to MicroTechnologies, which was bidding on a contract to help the Vatican's library digitize its archives.

MicroTechnologies failed to win the holy contract, so HP cut the reseller a $2.3m discount on the software it bought, writing off the difference as a result. Business as usual, you may well think.

Reuters spun that tale today as one that "potentially lends support to HP’s accusation that Autonomy booked sales even when the intended end user had not decided to buy the software."

The article was packed with loads of privileged information, such as: letters between MicroTech and the Vatican library; documents prepared for Autonomy's audit committee; and internal emails from Autonomy's own accounts department to counterparts in HP.

HP acquired Autonomy for $10.7bn in 2011 during the roller-coaster ride that was then-chief Leo Apotheker's reign. After new chief Meg Whitman took over, HP reported in November 2012 that it had taken a whopping $8.8bn write-down after discovering what it alleged were "serious accounting improprieties" at Autonomy.

Autonomy has always strenuously denied any wrongdoing. It created a site, AutonomyAccounts.org, which serves as a kind of information dump of Autonomy chief Mike Lynch's view on the financial innards that HP has taken such exception to.

"We continue to reject HP’s allegations," the site posted at the end of June this year. "We hope this matter will now move beyond a smear campaign based on selective disclosure and HP will finally give a full explanation."

Back in 2012, HP contacted the US SEC and the UK Serious Fraud Office with its allegations, and said it intended to file criminal and civil charges against Autonomy. HP was subsequently hit with a class-action lawsuit from its own investors which asked for damages, legal fees and other relief to make up the stock-shock HP went through after disclosing the bungled buy.

As of late June this year, HP was reported to be in "serious" settlement talks with its own investors.

In other words: people within HP have a lot of motivation to inject as much credibility as possible into the claims of financial fiddling. A Reuters report hinting at fraudulently booked sales could do just that.

When contacted for comment on the Reuters report, a representative for Autonomy's management team said: "It's hard to see where HP is going with this, or how this equates to a $5billion write down.

"This is really simple: under IFRS [accounting rules] Microtech is Autonomy's customer. Autonomy booked the revenue, Microtech paid the invoice, and HP eventually wrote off $2 million. The deal was specifically reviewed and approved by Deloitte, which is all recorded in the audit pack that HP has on its desk."

HP did not respond to our requests for comment at the time of writing, nor did MicroTech. The UK's Serious Fraud Office "declined to comment" but did tell us: "Our investigation continues into Autonomy". Neither Reuters journalist bylined on the story responded to our attempts to reach them, either. ®