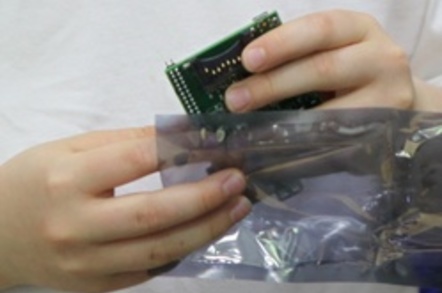 The embedded Linux distro OpenWRT has updated native IPv6 support – allowing devices to automatically pick up an IPv6 address, as well as an IPv4 one, from an ISP if possible.

The release candidate is code-named “Barrier Breaker” and runs the Linux 3.10 kernel. OpenWRT 14.07's improved IPv6 support with DHCPv6 is useful for people with IPv6-friendly ISPs, although the software has been able to do IPv6-over-IPv4 tunnels with IPv4-only internet providers for a while.

It's an important move as it may encourage more consumer kit vendors to adopt OpenWRT for its IPv6 stack, and it helps position the open-source OS for Internet of Things applications that are going to need v6 support.

Another key addition in Barrier Breaker is a fast startup daemon, Procd, which handles pre-initialisation, initialisation, hotplug and events. There's also better rollback support, both at the filesystem level and in the UCI (unified configuration interface) system.

In the networking stack, OpenWRT's Netifd has added setup and configuration reload of wireless interfaces, and its event support has been reworked to allow network hotplug scripts to be obsoleted. There's also expansions to its firewalling, and transparent multicast-to-unicast translation has been added for routers operating in bridge mode (for example as wireless extenders).

The OpenWRT group has set up a new packages-feed at github, and notes that feeds should be updated to remove dependencies on the old feed.

The full OpenWRT announcement is here, and the download is available here. ®