You don't need a HERO, you need a ZERO. From Google 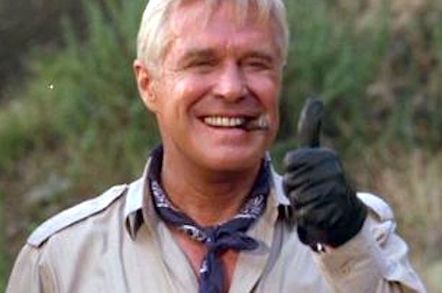 The web ad broker wants to hire the best of the best, who can find Heartbleed-grade vulnerabilities, or worse bugs, in software. It's also looking to extend its bounty program for reporting holes.

Project Zero has been set the ambitious goal of scouring the world for zero-day vulnerabilities and privately disclosing them to vendors before they can be exploited by criminals and miscreants.

Chris Evans, a "researcher herder" at Google, outlines the group's lofty aim to secure the wider internet in this blog post:

You should be able to use the web without fear that a criminal or state-sponsored actor is exploiting software bugs to infect your computer, steal secrets or monitor your communications. Yet in sophisticated attacks, we see the use of "zero-day" vulnerabilities to target, for example, human rights activists or to conduct industrial espionage. This needs to stop. We think more can be done to tackle this problem.

Project Zero is our contribution, to start the ball rolling. Our objective is to significantly reduce the number of people harmed by targeted attacks. We're hiring the best practically-minded security researchers and contributing 100 per cent of their time toward improving security across the Internet.

The immediate focus of the project will be on code relied upon by large numbers of people, with attention towards the "techniques, targets and motivations of attackers."

"Locating and reporting large numbers of vulnerabilities" will be accompanied by "new research into mitigations, exploitation, program analysis" and other things, according to Evans.

Project Zero will report bugs to relevant vendors – and no third parties. "We also commit to sending bug reports to vendors in as close to real-time as possible, and to working with them to get fixes to users in a reasonable time," Evans concluded.

The group's manifesto is about as difficult to disagree with as mum's apple pie and regular showers, but even so Project Zero faces a great number of formidable obstacles. For starters, however well resourced this team is, it's not going to be as well resourced as state-backed spies and hackers, and those that supply them with exploits.

Finding all or most of the software vulnerabilities out there is a Herculean mission, whereas finding one unpatched hole to compromise a victim is a much easier task, albeit requiring skill, luck and perhaps a bit of light fuzzing – trying every possible input – combined with patience and a certain mindset.

Leaving aside all that, there's the problem that most of the bad guys are exploiting well-known bugs that users haven't bothered to patch – rather than exploiting exotic zero-day vulnerabilities. Project Zero can't tackle that unless it also starts encouraging regular patching.

Improving internet hygiene is a noble goal, and we really hope our cynicism is proved wrong. Sadly though, we fear that unpatched browser vulns, Java bugs and Adobe Flash security flaps are problems that are here to stay for a very long time. ®

Google's Chris Evans is unrelated to the actor of the same name who plays Captain America in Marvel's The Avengers film franchise. Which is a bit of a shame: the infosec equivalent of a shield made of vibranium would come in really handy for defending systems.