But there's a flaw in Google's IP-based IoT system 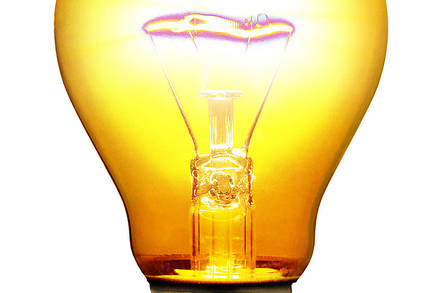 Nest Labs, the connected thermostat upstart acquired by Google for $3.2bn, is leading the charge of tech companies launching a new wireless protocol for Internet of Things devices.

The Google-owned Internet of Things biz has, in effect, turned up the heat on a standards war.

The major difference between the new low-power Thread networking protocol that Google wants to see take root and Bluetooth Smart (aka Bluetooth Low Energy, BLE or Bluetooth 4.0) – and still called BLE by everyone – is that Thread is IPv6-based while BLE is not.

The model for BLE is that the phone (or any other device) sits on the edge of IP network and Bluetooth connects to it. This, however, is expected to change, according to Bluetooth SIG member and leading expert in the world of connecting devices with minimal power Nick Hunn.

Hunn told The Register that he expects IPv6 to be embraced by the next iteration of the Bluetooth standard.

The Thread standard does, however, have a good head of steam with membership from Samsung, ARM, Freescale and Silicon Labs as the tech companies and, interestingly, padlock company Yale have signed up. It’s worth noting that many of these vendors – Samsung in particular – are very happy to sign up to pretty much anything new in case it turns out to be important.

Hunn sees the one standard which is most threatened by Thread as being ZigBee – a protocol that allows switches and sensors to operate from tiny amounts of power – and questions if it really needs killing, describing Thread as “The Vampire’s Vampire”.

The Bluetooth SIG member points to the smart home as the major battleground and says that two types of protocol matter within that context. The first is high speed, high data rate systems, like DLNA, which are designed for moving video and audio around – which are mains-powered. The second is the new area of low power devices, which is where BLE and Thread (and ZigBee) sit. The latter needs to use techniques such as energy harvesting so that a device might run on a battery for many years.

Hunn points to a latency issue with devices that only see occasional use. Something like a wireless light switch might be much easier to install, but if it needs to log onto the network just to switch on a light – and so takes time to react – he’d rather use his 30-year-old mains switches.

Bluetooth chip vendor Cambridge Silicon Radio points to the flexibility of its new CSR Mesh protocol, which again Hunn expects to make it into the standards, but sometimes the old ways are the best ones.

There are issues with using an IP-based system. If you change ISP or router and your home IP addresses change, all the devices need to know about the new addresses. You don’t want to find out that the fire alarm has lost its connection by having it fail to signal the fire brigade. This can of course be countered with the devices logging in regularly but that again needs power.

In the US, where Nest devices run on a 24v circuit, it’s a fairly simple DIY installation – especially for thermostats. In Europe, however, where thermostats either have to be mains-powered – which means a more challenging 240v install – or battery-powered, it’s more of a problem. In this respect, wireless is less life-threatening.

The new Thread protocol uses 2.4GHz unlicensed spectrum to the 802.15.4 standard, and the chips for this have been built into Nest devices for some time, but until now have not been used.

The current plethora of standards competing for the smart home include among their number X10, ZigBee, AllSeen Alliance and more. Even Google seems a little confused as its Android TV group has just adopted BLE. Given that devices like alarms, meters and thermostats have lifetimes that are an order of magnitude greater than that of a mobile phone, it is a decision where commitment matters.

One likely scenario is that the new Thread standard bolstered by its big name supporters becomes embraced by the Bluetooth standards. Just as BLE was previously a Nokia invention, Thread could well find itself sewn into the Bluetooth family. ®