Having a hard time being profitable? Quick - give every byte away 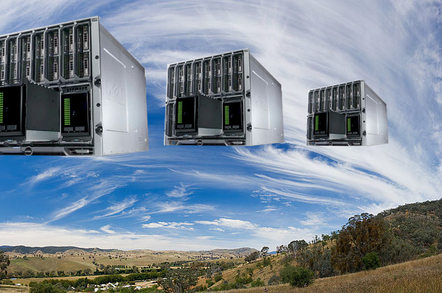 The upstart announced on Tuesday that its $15 per user per month "Business" customers will now be given unlimited storage. This, it says, is because "every industry – from manufacturing to healthcare – has benefited in some significant way from the efficiency gains caused by the rapidly decreasing cost of storage, as these improvements have catalyzed the explosion of data that can be created, stored, manipulated and made useful."

Box is not alone.

"This may seem like the escalation of a storage war, but we’re actually approaching the end of one," reckoned chief executive Aaron Levie in a blog post announcing the move.

That may be wishful thinking on Levie's part, given the rivalry between Amazon, Microsoft and Google as they try to slurp up business data, and especially judging by the launch of Amazon Zocalo. Box has been in a strange place lately as well, after announcing a plan to IPO in March, revealing it was not yet profitable, then scrapping that plan and just last week taking in $150m in further venture capital funding.

El Reg gave Box a call to find out more about the unlimited storage options and was not able to get through on the first two calls. On the third call, a sales rep for the company answered and confirmed to us that the unlimited storage deal was real. "We want to drive that storage isn't our main focus here," they explained.

To that point, Levie announced elsewhere in the Box blog post that the company had put the finishing touches to some tech integration between its service and Microsoft's Office 365 products. Customers of the two companies can now open, edit, share and save files via Box from within Word, PowerPoint, and Excel, and can also easily share Box-stored data via Outlook email as well.

"As today’s announcement shows, this is a rapidly evolving market and we’re continuing to invest disproportionately in building new capabilities that make content stored on our platform more valuable than ever," Levie wrote.

It's an exciting new world that Box is competing in – just don't mention the war. ®