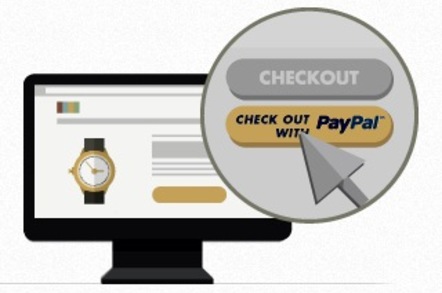 PayPal has plugged a potentially nasty flaw on its internal portal.

Before it was fixed, the flaw created a route for remote hackers to push malicious scripts onto PayPal's systems, as an advisory by the bug hunting team explains.

Various types of attacks were possible before PayPal patched the vulnerability. For example, it might have been possible to siphon off admin/developer account data through the internal Ethernet portal. Worse still, local code execution in the Ethernet console backend portal of PayPal would also have been possible, according to Mejri.

Lastly, it might have been possible for a hacker to exert influence on what PayPal saw when they reviewed a personal profile internally.

There's no evidence that any of these attacks actually occurred.

PayPal is playing down the significance of the flaw and described it as a small but persistent XSS vulnerability. Mejri disagreed with this assessment.

In any case the flaw - rated 8.9 in severity by the industry standard CVSS (Common Vulnerability Scoring System) scheme - will earn $1,000 under PayPal's Bug Bounty programme.

In a statement, PayPal confirmed that it had plugged the security hole without going into much detail.

We can confirm that through our Bug Bounty Program, Vulnerability Lab did report a vulnerability in the internal PayPal portal, and this issue has since been fixed. PayPal takes the security of our customers’ data, money and account information extremely seriously, and that’s why we work closely with security researchers through the Bug Bounty Program as another way to help make sure their information is safe.

"I was able to execute codes in the backend service of PayPal's Ethernet portal when reviewing my personal PayPal user profile," Mejri explained. "The same [thing] happened to eBay some weeks ago and PayPal was secured through the Ethernet but we bypassed the service to execute." ®