The 'other' American spaceflight firm feeds the 'nauts 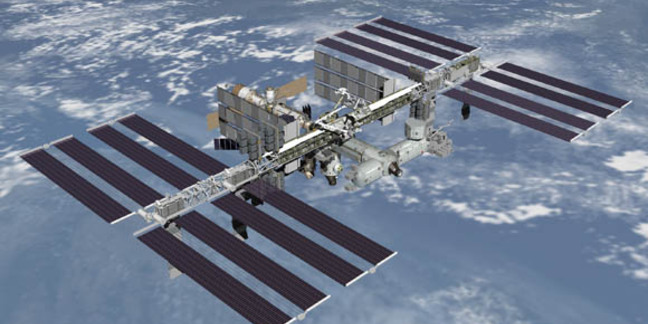 A private space company has launched its third mission: an Antares rocket sending a freighter packed with food – among other things – to the International Space Station.

The launch took place at NASA's Wallops Flight Facility, but the mission was undertaken independently of the space agency. After it retired the space shuttle fleet, NASA now relies on private companies to keep its astronauts fed and watered as the the International Space Station orbits the Earth.

"Keeping the space station supplied, keeping it flying, and even, politically, keeping it supported by the various governments around the world continues to be a challenge," Frank Culbertson, a former NASA astronaut and current executive vice president for Orbital Sciences, continued.

"But I think that almost everyone involved in it around the world understands the importance of maintaining this foothold on the high ground in space because it is the next stepping to stone to where we're going go next — whether it's the moon, Mars, asteroids or further out into the solar system."

Orbital is planning three more launches in 2015, with one more also scheduled to take place this year.

It is one of two private spaceflight companies which have resupply mission contracts with NASA, the other being SpaceX, or Space Exploration Technologies, which is owned by billionaire Elon Musk.

The Tesla electric car supremo has a a $1.6bn deal with NASA to carry out 12 delivery missions and launched the third in April of this year.

“Today’s mission was the fourth successful launch of Antares in the past 15 months and the third deployment of Cygnus in less than year,” said David W. Thompson, Orbital’s president and CEO. “So far, our second operational CRS mission is off to a great start with Cygnus operating exactly as anticipated at this early stage of the mission. We are very pleased to be a reliable partner with NASA to meet their need for reliable, regularly scheduled cargo resupply for the ISS."