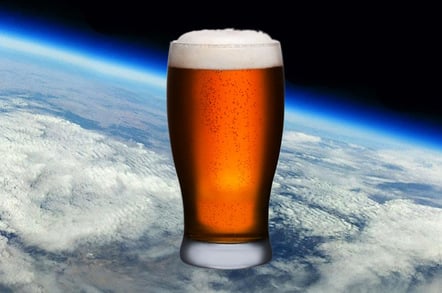 Pics "Pics or it didn't happen" is a common commentard cry down here at El Reg, so we're disappointed to report that last week's audacious mission to send a pint of London Pride to the upper atmosphere ended without airborne imagery.

The BALYOLO - BAL (Balloon) YOLO (You Only Live Once) - flight launched last Saturday from the The White Swan, in Whitchurch, near Aylesbury, where locals had gathered to take a few ales and celebrate their boozer's promotion to "Astropub" status. 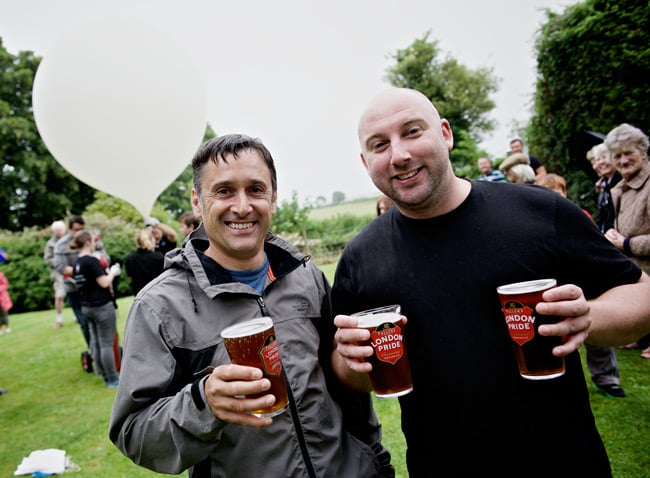 When one pint just isn't enough. Locals at The White Swan celebrate the BALYOLO launch 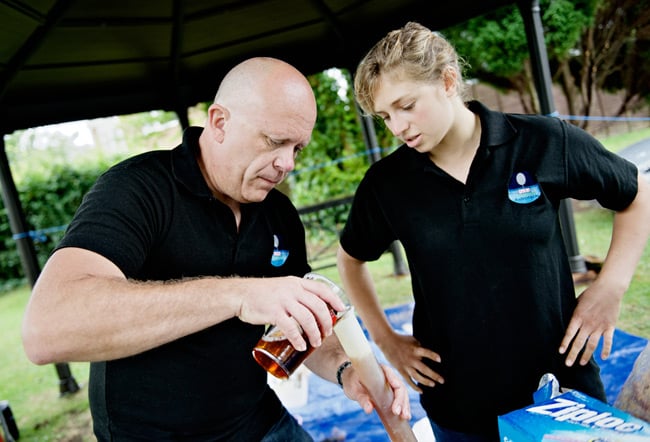 The payload's principal component was a "a sealable 530ml container purchased for £3.50 from Tesco and verified as suitable by placing in a vacuum chamber and pumped down to 20mb", into which the test beer was lovingly decanted: 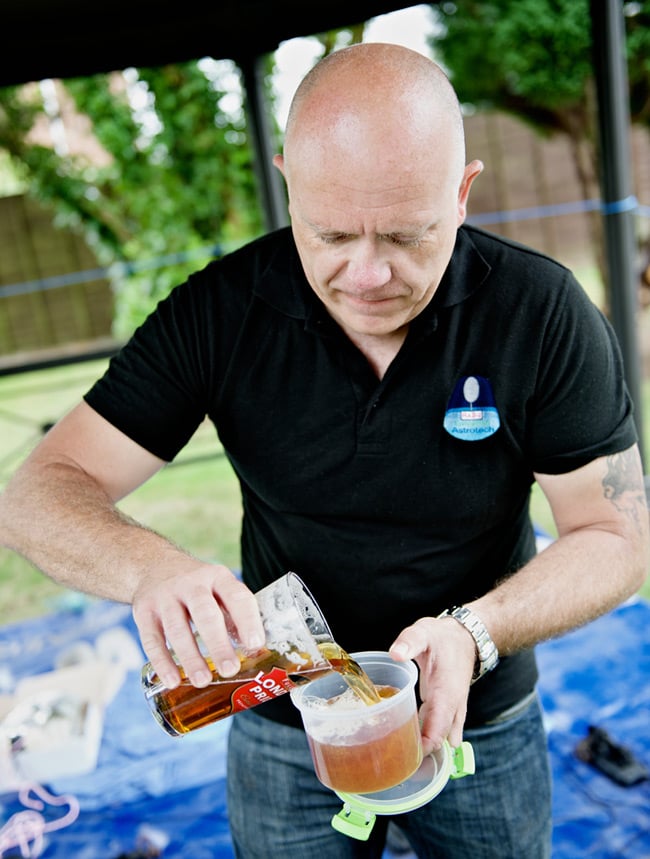 The CAMRA beardies would have a fit

Also on board were a "Go-Pro Hero 3, Habduino and Arduino trackers (position and altitude), back up GPS tracker that kicks in below 1,000m and transmits direct to our mobile phone, plus a Polaroid HD video camera". Furthermore, an additional exterior beer vessel would test the effect of extreme conditions on exposed London Pride: 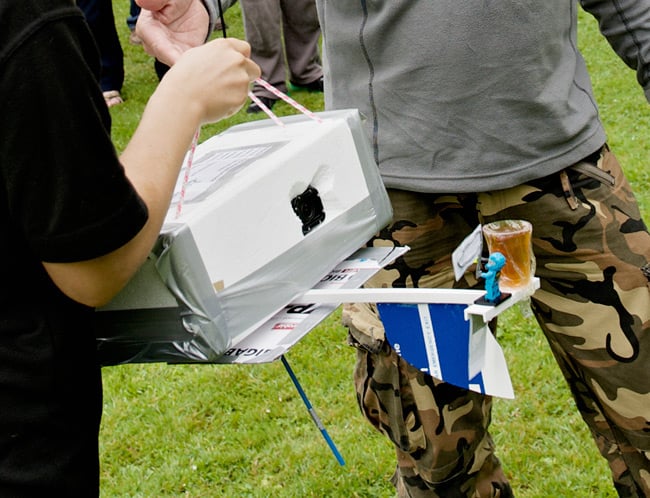 Locals were invited to pick a personal Legonaut for the jaunt... 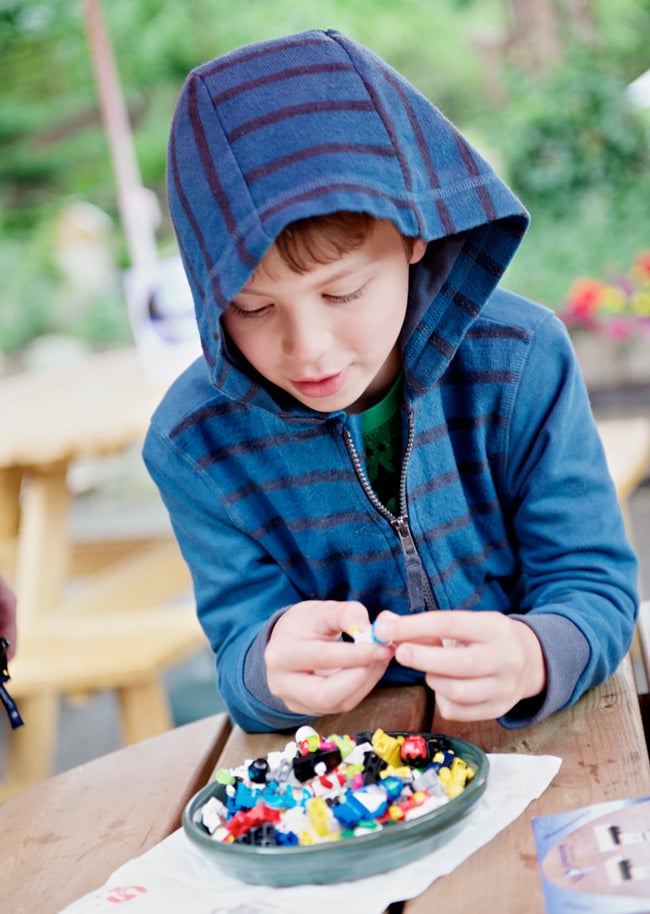 ...before the mighty orb was filled and sent heavenwards: 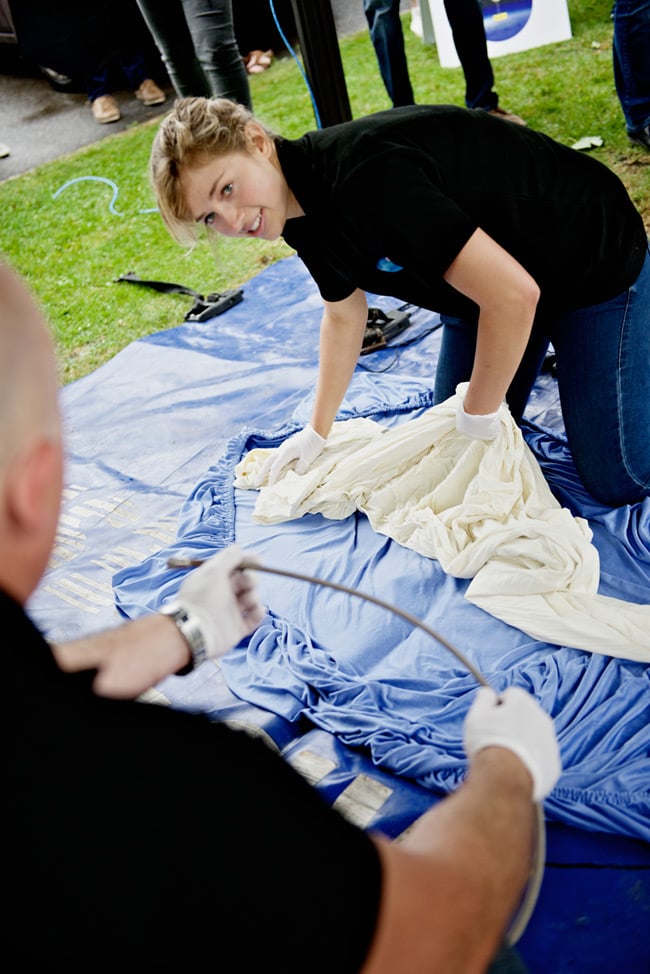 Is that a hydrogen filler hose or are you just pleased to see me? 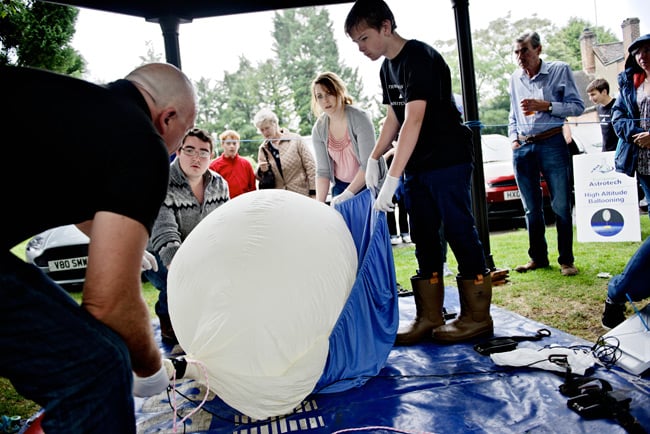 So anyway, the Hindenburg was just about to touch down when... 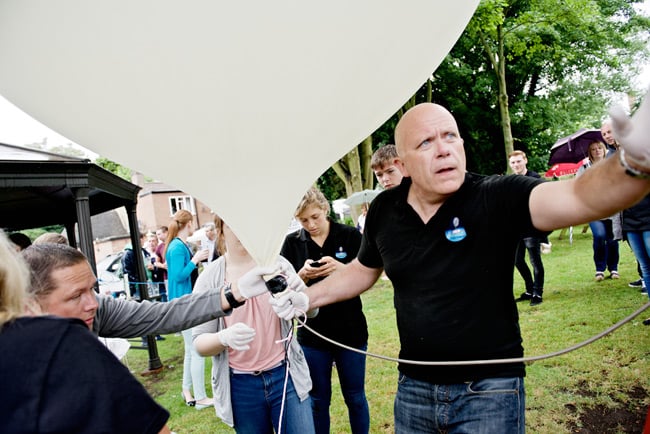 Stand aside, I have a vision of the skies filled with beer... 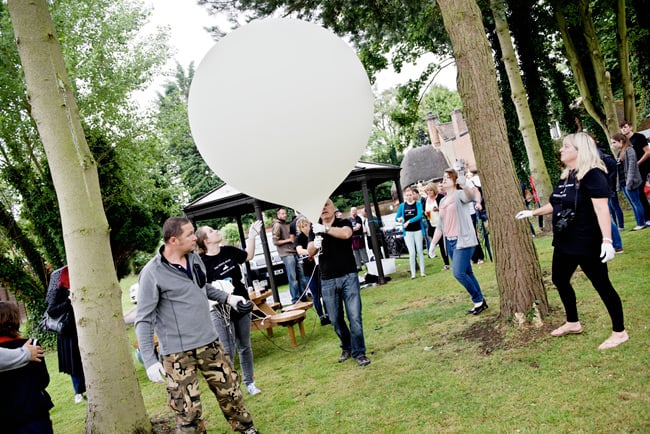 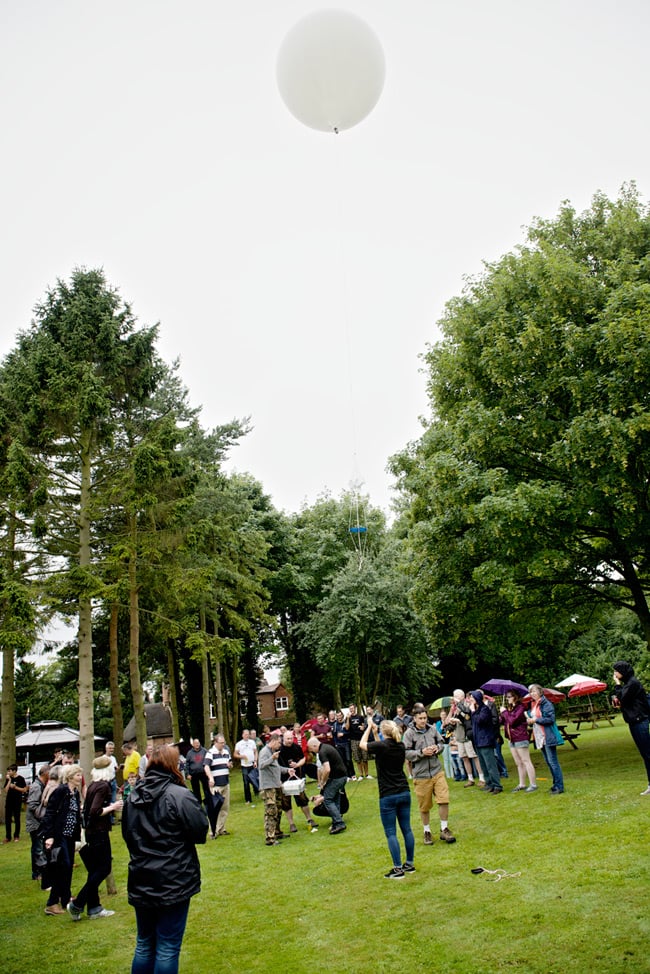 You are cleared for lift-off

The beer-laden payload was lifted to a heady 28,000m before balloon burst, and it came down close to the Cambridge-Norfolk border, southwest of Downham Market.

Customers at The White Swan were able to follow the action live... 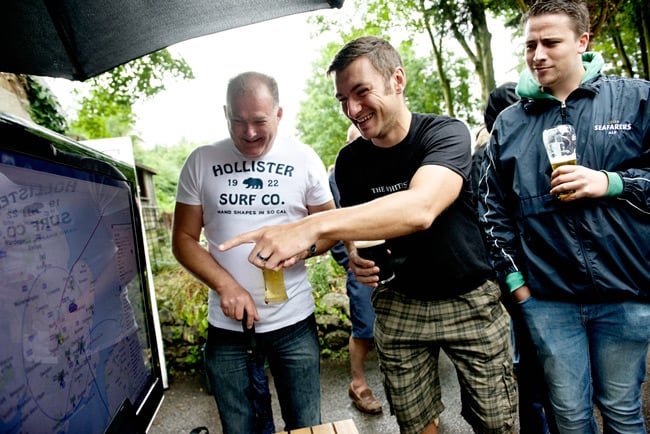 Never in the field of human ballooning endeavour has spacenear.us provided so much entertainment

...and Chris was on hand to provide a running commentary: 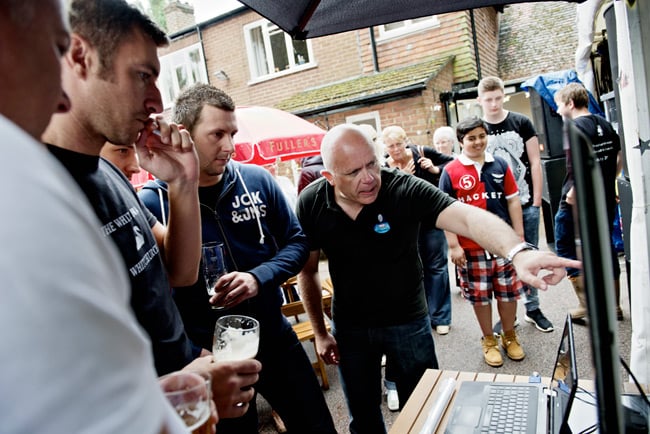 Yeah, they just need to take the A141 and hang a quick right here...

A pursuit team successfully recovered the payload a short time after it touched down. Chris reported: "The beer outside the payload bay simultaneously boiled and froze which produced a heady brew for consumption on landing (as a popsicle), whilst the interior beverage fizzed and popped but stayed liquid for the most part. This is currently on display at the launch hostelry."

He added: "The only problem we had was that both (yes both) cameras seem to have corrupted the folders containing the video and still photos."

So, there's no vid footage or stills from the flight itself, but we do have some proof of what happens to London Pride when sent to an improbable altitude. Pub regular Chris Thomes, of Whitchurch, "consumed the small volume of returned space beer that was frozen/boiled" and declared it "tasted a bit muddy".

Chris Smith told us he's mulling a further flight to video the exterior beer container to see just what happens, so we'll raise a pint or two in anticipation of seeing the result. ®

Thanks to Thomas Skovsende for the photos.