Adobe Flash: The most INSECURE program on a UK user's PC

XML a weak spot, but nothing's as dire as Adobe player 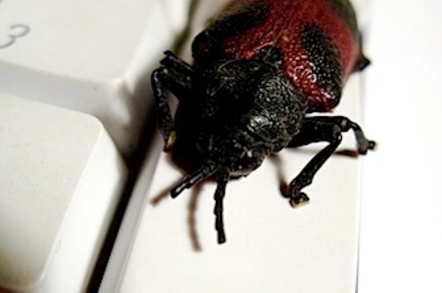 Adobe Flash Player was the most insecure program installed on UK computer users PCs throughout the second quarter of 2014, according to stats from vulnerability management firm Secunia.

Nearly seven in 10 (69 per cent) UK PC users were found to have an end-of-life version of Adobe Flash Player 13 installed during Q2 2014. Users had not updated to version 14.

Three out of four who use the Secunia PSI had Microsoft XML Core Services installed in Q2 2014. Within this large group, two in five (40 per cent) had not patched the program, even though a patch is available.

Kasper Lindgaard, director of research and security at Secunia, explained: “The reason MSXML is topping the list is because of the way updates for the software are being handled: Normally, patches for Microsoft products are offered through Windows Update, but in the case of MSXML, patches are only offered for MSXML Service Pack 3.

"Since older MSXML Service Packs are considered End-of-Life, users are not being offered patches as they normally would.”

It's not all doom and gloom. The number of users with an unpatched Microsoft operating system decreased from 12.4 per cent to 9.7 per cent between 1 April and 31 June 2014. These figures excluded users of Windows XP, which was pulled off life support during the quarter.

The data is based on scans of consumer users of Secunia's freebie Personal Software Inspector software (Secunia PSI 3.0). ®