US Navy veteran? Lawmaker? Academic? You're all POTENTIAL TERRORISTS 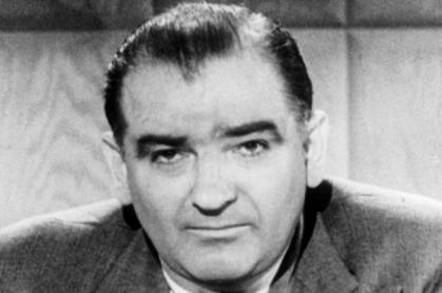 New documents from whistleblower Edward Snowden confirm that the NSA and the FBI spy on Muslim-American leaders, including Republican Party politicians and military veterans.

The Intercept reports that the Feds are using tactics and techniques intended for catching terrorists and spies to monitor the email accounts of prominent Muslim-Americans.

A spreadsheet leaked by Snowden and titled “FISA recap” contains 7,485 email addresses apparently monitored between 2002 and 2008. Email addresses on the list include accounts owned by five high-profile Muslim-Americans, according to the Intercept. The famous five are:

FISA (the US Foreign Intelligence Surveillance Act) provides a mechanism for the US government to obtain warrants to run surveillance ops on Americans, providing agents testify there is a probable cause to believe that subjects could possibly be acting as "agents of a foreign power", engaged in terrorism, etc. It should be noted that "foreign power" is a wide term under FISA, and can include any "foreign-based political organization, not substantially composed of United States persons". The "foreign intelligence information" that federal operatives are supposed to be trying to obtain under a FISA court order is also loosely defined, and may not be aimed at building a criminal case against anyone at all - it could instead be gathered for the purpose of strengthening the USA's hand in diplomatic manoeuvres, or for various other purposes.

The leaked documents, analysed during a three-month investigation by The Intercept, suggest that the secret court considered that surveillance was justifiable in the case of the five individuals named above - or at any rate in the case of people they were communicating with.

"The five Americans spied on by the NSA have all led highly public, outwardly exemplary lives," according to the Intercept. "All five vehemently deny any involvement in terrorism or espionage, and none has been implicated in any crime, despite years of intense scrutiny by the government and the press."

According to one of the leaked files, purportedly dated from 2005, the term "Mohammed Raghead" was used as a placeholder in a 2005 government document instructing staffers on how to make surveillance requests. Amnesty International expressed concern that this represented "good reason to be concerned that anti-Muslim bias tainted the process".

"Any surveillance conducted on the basis of religion, rather than probable cause to believe that the defendant violated the law, would constitute discriminatory interference with the right to privacy, prohibited by both the Constitution and international human rights law," it said. ®

The feds, of course, would argue that it's by no means unusual for even the most outwardly patriotic Americans - with Navy service and secret clearances all complete - to turn out to be wrong 'uns, and that they have carried out surveillance against plenty of such people in the past with good reason. - Ed

And tech industry doesn't get off lightly in civil rights probe