Crap in my begonias? Oh no you don't, you furry little sod 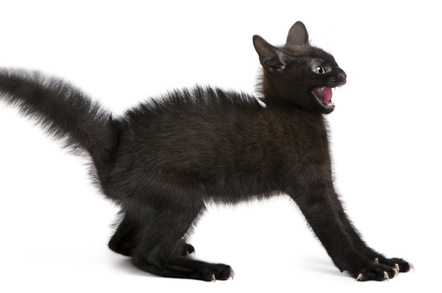 It's a tip of the hat today to Reg reader Joshua Thumim for putting the humble Raspberry Pi into the service of humanity with a simple but effective feline repellent system.

For the last few years, pretty much every time I (or my two small kids) wanted to use the garden I'd first have to remove 3-5 cat turds of varying stages of decomposition.

I probably don't need to explain how disgusting that is, or how irritating to know that these cats belonged to my neighbours who had nice turd-free gardens thanks to being cat owners. It was a question of beat them or join them, and I was damned if i was going to join them.

I did try several alternatives first, but nothing really worked, and eventually my patience ran out. Think Michael Douglas in Falling Down.

Well, the Brit Michael Douglas hit the shed with the following kit:

He explained: "The solenoid is switched via the PiFace relay in response to a PIR signal, controlled via about 40 lines of pretty amateurish Python, the main feature being use of the PiCam Python library which has a circular stream buffer feature for the video, allowing capture of pre-event footage."

Splendid. Here's a slow motion replay, the better to enjoy the "Cat-O-Bolt" in action:

As well as being more discreet than a shotgun, the device has the added advantage of automatically watering the garden, and there's further evidence of its defensive and irrigational capabilities here and here. ®