Won't someone think of the software-as-a-service startups? 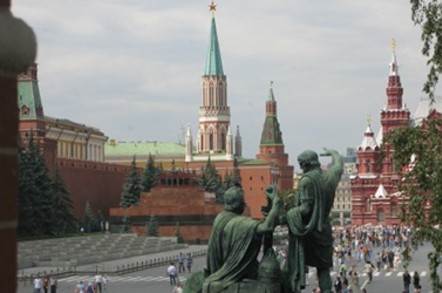 Russia has amended legislation on data retention to force social networks to store data about its citizens on home soil.

The result of the bill looks to be that social networks, retailers and the likes will need to place servers within Russia if they want to do business with Russians. Which sounds like just the kind of thing a regime keen to track its citizens would like.

But as Russia Today points out, Russian businesses such as airlines that rely on hosted software aren't likely to appreciate the law. Nor, one imagines, are software-as-a-service providers who aren't always in a rush to create new data centres.

The Bill passed the Duma, the lower house of Russia's Parliament, last week. Vulture South lacks any nuanced understanding of Russian politics, but with 280 votes for and none against it doesn't look like Russia's Upper House will prove an obstacle to its passage into law.

The law comes into force on September 1st, 2016, giving Russian companies – and those in other nations that target them – plenty of time to adjust, or perhaps to build local bit barns.

Coping with the law may not require enormous effort, an assertion Vulture South makes in light of the Australian state of New South Wales Department of Education's adoption of Gmail for nearly a million students. The Department insisted that students' email be stored on Australian soil, a request Google happily accommodated. A local telco – Telstra – stepped in to do the hosting and Gmail reportedly didn't need much tweaking to work under these arrangements.

One last possibility: might the law leave a loophole that allows a copy of data to reside in Russia? If that's possible, lots of synchronisation might do the trick. ®

We have good news and bad news about metadata retention

The bad: Australian readers are now being tracked. The good: Civil litigants won't be able to slurp your metadata... for now