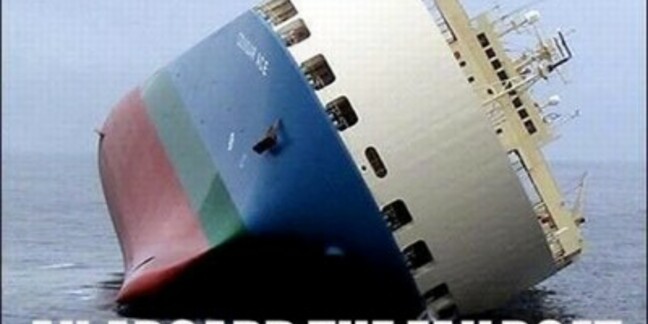 The Electronic Privacy Information Center (EPIC) has filed an official complaint with the US Federal Trade Commission (FTC) over an experiment in which Facebook "purposefully messed with people’s minds."

"Facebook altered the News Feeds of Facebook users to elicit positive and negative emotional responses," the complaint claims. "Facebook conducted the psychological experiment with researchers at Cornell University and the University of California, San Francisco, who failed to follow standard ethical protocols for human subject research."

Facebook is already under investigation by regulators in the UK and Ireland over the 2012 study – during which researchers altered the news feeds of 700,000 users to see if their emotional state online could be raised or lowered by feeding them positive and negative news updates. The academics found they could.

EPIC claims that the terms and conditions the company had in force at the time did not cover the use of customer data for research purposes, and alleges that Facebook retroactively changed its T&Cs four months after the project was complete.

"Facebook’s conduct is both a deceptive trade practice under Section 5 of the FTC Act and a violation of the Commission’s 2012 Consent Order," the complaint reads.

That consent order was enacted by the FTC after another complaint from EPIC two years ago and requires the government watchdog to ensure that the company doesn't misuse data. The consent order came in response to Facebook repeatedly fibbing about what data it kept private and what it made public.

The Section 5 charge might be harder to pin on Facebook. It forbids companies from engaging in practices that “causes or is likely to cause substantial injury to consumers which is not reasonably avoidable by consumers themselves and not outweighed by countervailing benefits to consumers or to competition.”

In addition, EPIC wants Facebook to be forced to make the algorithm it uses to decide what appears in a user's news feed public. It's certain that CEO Mark Zuckerberg and his team will fight that tooth and nail.

All in all it's been a very bad week for the company on the PR front. One of the academics behind the study has apologized for making people uncomfortable and the firm's COO Sheryl Sandberg has leaned in with a sort-of display of contrition, saying the experiment was poorly communicated. ®