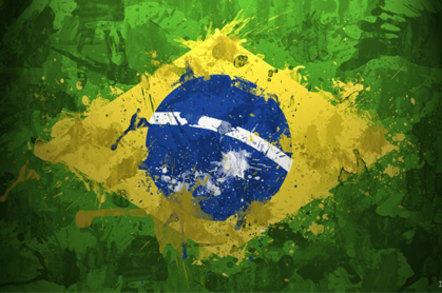 Brazilian bad guys appear to have made an astonishing $US3.75 billion by scraping a tonne of tiny transactions from a popular payment system used by locals, RSA researcher Eli Marcus says.

The carders operating a single fraud ring may have netted enough over the last two years to foot 80 percent of Brazil's $4.7 billion World Cup stadium bill.

Marcus pointed out the true profit from the 495,753 stolen transactions was unknown and the billions were potential earnings from a malware-based campaign that scraped financial details.

"While the investigation did not yield evidence as to whether the fraudsters were successful in collecting on all of these compromised transactions, RSA researchers did find evidence of their value – estimated to be up to US$3.75 billion ($8.57 billion Brazilian Real)," Marcus said.

"The Boleto malware [is] a newer and more sophisticated kind of fraud in Brazil that leverages man-in-the-browser technology to attack online operations, and is based on transaction modification on the client side."

The gang controlled at least 192,227 bot-infected computers used for Bolware banking and had stolen some 83,506 email user credentials stored within the botnet command and control server.

The Boleto (Boleto Bancário) was in 2012 used for 18 percent of all payments made in Brazil. Customers could pay merchant-generated invoices for anything from energy bills to mortgages through bills mailed by post or generated through online shops.

The malware was identified by anti-virus engines as 'Eupuds' in 2012 and infected popular web browsers running on Windows. It intercepted and modified Boleto transactions directing payments into the fraudster's account which remained invisible to victims and web apps.

One malware gang operating a botnet had netted US$250,000 in the four months to June this year from 383 Boleto transactions, a leaked bot webpanel obtained by Brian Krebs showed.

The malware's authors were continuously updating their wares to keep abreast of defensive manoeuvres by Brazil banks and have pushed out 19 fixes to date.

The researchers have handed over the victim and attacker information to US and Brazil authorities who have alerted affected banks.