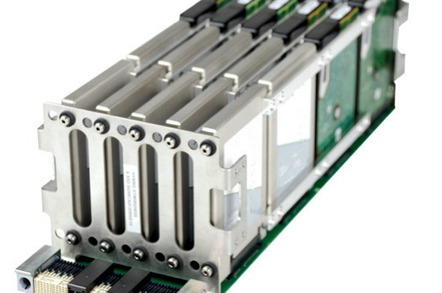 Seagate has tried making a go of the disk drive array business before, and failed. Now it has bought a disk array supplier for the second time. What's different, and could X-IO's technology have a role to play?

In 2000 X-IO, then a five-year old startup known as Xiotech and offering virtualising SAN storage arrays, was bought by Seagate for $360m in stock. Seagate sold it off, effectively, to venture capitalist Oak Investment Partners in 2003.

This handed Xiotech ISE (Integrated Storage Element) technology, smart disk enclosures with self-repair capabilities using Seagate diagnostic software and Seagate disks. These ISE "bricks" were effectively sealed, needed no maintenance engineer visits and had a five year warranty. Seagate had failed to sell these to any storage OEMs and it was thought Xiotech could use them instead to rebuild its business.

Xiotech has made progress since then, with a hybrid SSD/disk version as well as the all-disk version, and amassed sales if more than 7,000 units to over 1,200 customers world-wide. The name was changed to X-IO and it's currently focussing on niche markets such as VDI, thanks to continuing difficulties in selling Hyper ISE and ISE products.

X-IO has great technology - smart storage enclosures that don't fail - sold into hotly contested markets where it's not perceived to have a leading edge. To an extent X-IO comes from behind. Witness its VDI Emergency Response program where it's sold as a replacement for failing systems.

The company is more or less owned by Oak Investment Partners. Three of its four-strong board are involved with Oak, and there seems no prospect of an IPO in the next couple of years unless stunning growth comes from somewhere. That leaves an acquisition as a possible alternative for the VCs' exit.

Xyratex buyout and the other players

Keep X-IO in mind as we turn to Xyratex, a maker of disk drive manufacturing test equipment and supercomputing/HPC ClusterStor arrays which was built upon a disk array enclosure business. Seagate bought Xyratex at the end of 2013 for $374m cash: ironically, not too different from the $360m it paid for Xiotech in 2000, although that was a stock deal.

This means Seagate is now competing against DDN, NetApp with its E-Series, and Panasas in the HPC storage array business. Why bother? It's a niche, but enterprise big data is starting to use HPC-style technologies and that is not a niche. DDN is going full tilt into that market.

Seagate, if it wants to take ClusterStor into enterprise big data, needs an edge. It has 6TB drives and it has its Ethernet-addressed Kinetic disk drives but WD/HGST supply equivalents and DDN, Panasas and others can use these drives too.

X-IO disk enclosures contain disks that fail but the X-IO enclosures keep on working at their rated performance. That could be an edge.

Is there a possibility here that Seagate could view X-IO's “unbreakable” storage bricks as a good complement to its ClusterStor arrays? Could we see Seagate becoming the OEM X-IO needs to secure its growth, and ClusterStor arrays using X-IO enclosures to provide unbreakable big data storage arrays?

How satisfying that would be, and pleasing too for ISE afficionados, to see ISE technology return home. ®