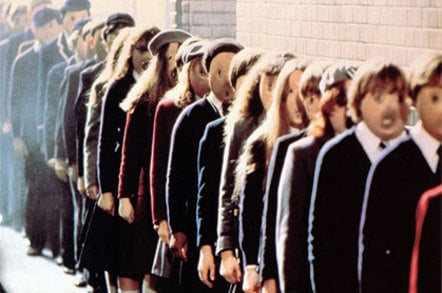 Don't expect to see "skins" like HTC Sense or Samsung TouchWiz on kit made with Google's new versions of Android for devices, a source familiar with the company's plans has said.

Much like how Google is forcing device makers to stick to the default UI if they want to carry its new Android Silver brand, gadgets running Android Auto, Android TV, and Android Wear will also all look more or less the same.

In an interview, Google engineering director David Burke said that unlike the smartphone market, where the company has so far given OEMs a lot of room to customize the UIs of their products, Google wants Android TV to be instantly recognizable.

"The UI is more part of the product in this case," Burke told Ars Technica. "We want to just have a very consistent user experience, so if you have one TV in one room and another TV in another room and they both say Android TV, we want them to work the same and look the same."

So while LG, Samsung, and Sony might all make their own, branded Android TV sets, the interface that you see onscreen will be the same for all three products – and that will be true for Android-powered wearables and in-auto systems, too.

Doubtless that means you can expect them all to carry a UI based on Google's new "Material Design" visual language, which the online ad giant unveiled at its Google I/O developer conference earlier this month.

The company has said that it plans to use Material Design to deliver a unified look and feel across all of its products, including phones, the Chrome browser, and even web applications like Gmail.

But having a standardized UI doesn't mean Google won't let device makers do anything to differentiate their products. It's just that the differences must be subtle.

For example, Burke pointed to a Google web page listing the apps that come preinstalled on various Android Wear smartwatches that are supplied by the manufacturers, rather than by Google. Useful apps like heart monitors and compasses are OK – out-and-out bloatware isn't.

Burke also said that manufacturers may choose to bundle "services" with their products. What that means exactly isn't clear, but hopefully it will lead to something more useful than the so-called services LG provides with its smart TVs – namely, spyware and an ad network.

One service manufacturers won't be providing, however, is software updates. Burke said that Google plans to manage that itself, pushing out security fixes to Android devices automatically and seamlessly, like it does for the Chrome browser.

So when can we expect to see all this conformist kit? Google announced the first three smartwatches running Android Wear at I/O – from LG, Motorola, and Samsung – but LG's and Samsung's don't start shipping to the general public until early July, and Motorola's won't show up until later this summer. As for when the first Android-powered TVs and cars will arrive, that's still anybody's guess. ®