Dropbox used as command and control for Taiwan time bomb

PlugX trojan gets an upgrade for new attacks 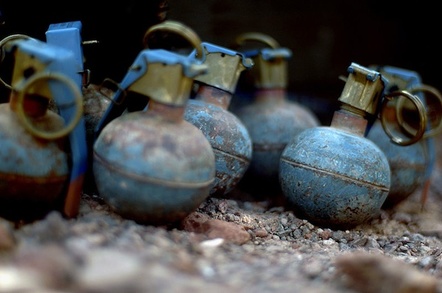 A remote access trojan (RAT) is using Dropbox for command and control in a targeted attack against the Taiwanese Government, malware analyst Maersk Menrige says.

The upgraded PlugX RAT is the first targeted attack to use Dropbox to update command and control settings, Menrige said, as distinct from other malware and ransomware which used the popular cloud storage platform to fling malicious files at victims.

"The use of Dropbox aids in masking the malicious traffic in the network because this is a legitimate website for storing files and documents," Trend Micro's Menrige said.

"[The May execution data] is probably done so that users won’t immediately suspect any malicious activities on their systems."

Dropbox had been shown by researcher Jake Williams (DropSmack: Using Dropbox to steal files and deliver malware [pdf]) as a workable platform for malware command and control, but Menrige said it was the first time it had been exploited in malicious attacks.

PlugX variant II messed with anti-virus systems, contained anti-forensics capabilities and hid behind a fake parked domain until the 5 May go live date.

Attackers with command and control links established could migrate laterally within corporate networks using a variety of tools to avoid detection.

The latter Chinese-built connection bouncer tool was first discovered in 2011 by Dell used in the high profile data breach of security company RSA.

PlugX II bore sufficient similarity to version I that enterprise security bods could check for flags on their networks.

The first iteration of the malware was detected in 2008 and had since been used in targeted attacks against a unnamed South Korean company and US engineering firm.

More detail on PlugX could be found on the Trend Micro blog. ®