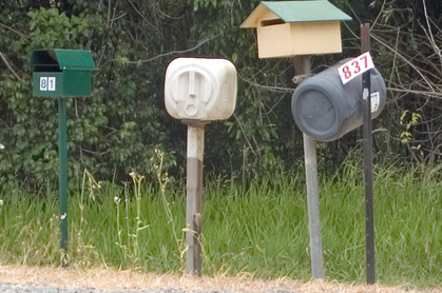 As of July 1st 2014, sysadmins and infosec bods will get their news from a Redmond RSS feed to receive update of new Microsoft security alerts.

"As of July 1, 2014, due to changing governmental policies concerning the issuance of automated electronic messaging, Microsoft is suspending the use of email notifications that announce [security bulletins and notifications]," the email read.

The date of the suspension coincides with tough new Canadian anti-spam laws which also come in effect 1 July.

Under those laws, organisations must gain a user's explicit opt-in consent for communication mediums such as mailing lists or risk a $10 million fine.

Microsoft Canada has penned a sign up form backed by a $500 hat draw to entice users to stay connected with Redmond. ®