Who gives a F about privacy? New scorecard rates US pols on spying 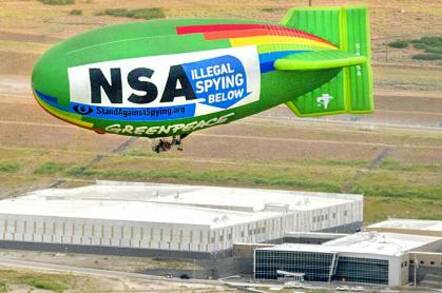 Civil-rights groups and other campaigners have built a website that tracks US politicians' voting records on privacy laws.

Members of the bipartisan outfit Stand Against Spying say their scorecard database will publish an overview and tracker of how senators and representatives in Congress vote for or against key issues on privacy and mass surveillance by intelligence agencies.

The scorecard keeps track of votes on key issues such as the USA Freedom Act and the Massie-Lofgren amendment. Congresscritters are then scored on how they voted, and are given a numerical score and corresponding letter grade.

An early tally of the scorecard found that 45 per cent of Congress qualified for an "A" grade – meaning they voted against laws to increase surveillance – while 5 per cent got an "F" and 14 per cent did not show up to enough votes to even qualify for a grade in the study.

Perhaps most interesting about the Stand Against Spying effort is its diverse group of backers. Along with usual suspects such as the Electronic Frontier Foundation and Sunlight Foundation, the project has won the backing of the conservative FreedomWorks PAC and the US Libertarian Party.

"However, we all agree that mass surveillance is contrary to freedom and democracy. It must be stopped."

In addition to monitoring how Congress votes on key privacy issues, the site will also back a grassroots effort to push President Obama with an open letter calling on the administration to take further action on privacy matters.

"We recognize that Congress has an important role to play in passing legislation to ban of mass surveillance," the letter reads.

"However, you are not obligated to wait for Congress to act. The Executive branch started mass surveillance and can end it now. We also urge you to embrace new levels of transparency around America's surveillance activities."

It's true. EFF and @Greenpeace flew a 135 ft. airship over the NSA data center in Utah. https://t.co/7HQuXZDjpk pic.twitter.com/jtouh3YNmd

To help tout the site, the group launched a publicity stunt targeting an NSA facility in Utah. A Greenpeace-owned airship carrying the site's URL was flown over the NSA datacenter in an effort to raise awareness about the campaign. ®

Watch out, Yahoo! EFF looses BADGER on sites that ignore Do Not Track