'Our entire corporation cannot send or receive emails from Outlook'

Plus: 'We've seen... a double-digit decline in trust in American tech companies' 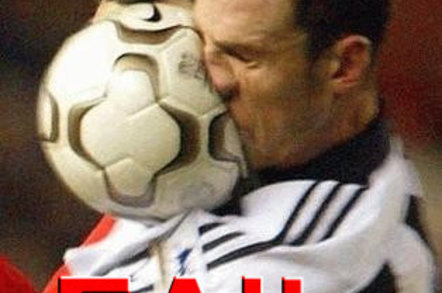 QuoTW This was the week when Microsoft’s top legal eagle said the fallout from the NSA snooping scandal was only getting worse for US tech companies.

In a speech at the GigaOm Structure conference, Redmond’s general counsel Brad Smith said that unless the US government started taking control of its spy agencies, the country’s tech firms were in deep trouble:

What we've seen since last June is a double-digit decline in people's trust in American tech companies in key places like Brussels and Berlin and Brasilia. This has put trust at risk.

Last fall people in Washington, including at the White House and Congress, had a view that this was an issue that needed to be addressed but might blow over. ... it is not blowing over ... in June of 2014 it is clear it is getting worse not better.

In other snooping news, NSA whistleblower Edward Snowden, who kicked off the whole scandal with his PRISM revelations, has defended his behaviour to the Council of Europe. He told the assembly via video link from Moscow that he had a personal duty to country, government and family to out the secrets of spooks in Blighty and the US. He said:

Public affairs have to be known by the public. When citizens are reduced to the status of subjects, where we're not active participants ... that diminishes us as a free people, as a society and as a culture.

He added that if he had ended up damaging national security interests, that was a price he was willing to pay:

I was aware and I did my best to ensure that balance would be enforced.

Part of that was to get the news out through journos rather than releasing the information himself, Snowden claimed, to help make sure that it was responsibly published.

And in still more surveillance news, Citizen Lab at the University of Toronto and security firm Kaspersky Lab have discovered a massive network of mobile malware that is being sold by Italian firms to police forces around the world.

The presence of these servers in a given country doesn't mean to say they are used by that particular country's law enforcement agencies. However, it makes sense for the users of RCS to deploy C&Cs in locations they control – where there are minimal risks of cross-border legal issues or server seizures.

Milan-based firm Hacking Team sells the malware, which can trick the user with a spearphishing attack or install by exploiting vulnerabilities in the target’s OS, once the cops have identified them. Once loaded it can intercept and record all phone calls, texts and chat conversations from apps such as Viber, WhatsApp and Skype. The malware can also nick files and pictures, spy on the calendar, look up the user's location, and take screenshots whenever the operator specifies, as well as harvesting data from third-party applications like Facebook.

Hacking Team says the software should only be used on criminals, but Citizen Lab claims to have found samples of the code aimed at political targets in countries like Saudi Arabia and Morocco. It said:

This type of exceptionally invasive toolkit, once a costly boutique capability deployed by intelligence communities and militaries, is now available to all but a handful of governments.

An unstated assumption is that customers that can pay for these tools will use them correctly, and primarily for strictly overseen, legal purposes. As our research has shown, however, by dramatically lowering the entry cost on invasive and hard-to-trace monitoring, the equipment lowers the cost of targeting political threats.

In outages this week, Microsoft’s online Exchange service was down for nine hours, crippling Office 365 and hosted Outlook accounts across North America and Mexico, just after its unified communications service also crashed.

Aside from the fact that entire businesses were left unable to read or write email in the Office 365 downtime, users were also pretty ticked off with Microsoft’s response. User Trec posted on the Office 365 community page:

Tried to contact support by phone, and after half hour, the call was dropped on both occasions. It seems the support guys are saturated and there are not enough staff for an issue like this one.

Our entire corporation cannot send or receive emails from Outlook (Office 365 Exchange) or even the OWA web browser as of 8AM MST time this morning June 24, 2014! I have never seen a world-wide email go down like this.

Office365 is beginning to look like a very poor choice for mission critical services.

Down for 3 hours now. When going to Calendar outlook freezes. Send/receive works on iPhone. This sucks as we were hit yesterday by the lync outage. Today email. What's going on M$?

Meanwhile, quantum computing device maker (or not) D-Wave has spent this week disputing a recently published study that claims the firm’s systems are not reliably faster than conventional computers. D-Wave says it has made a quantum computer, but it’s tough to see whether its machine is actually performing calculations at the quantum level or not, leading some to question its authenticity.

In the latest set of benchmark tests, an international team of computer scientists pitted the D-Wave Two against standard GPUs and found that while it was sometimes faster, it was a lot slower in other instances. Lead author Matthias Troyer, a physicist at the Swiss Federal Institute of Technology, said:

Using random spin glass instances as a benchmark, we find no evidence of quantum speedup when the entire data set is considered, and obtain inconclusive results when comparing subsets of instances on an instance-by-instance basis.

But D-Wave claims that the test was too basic for an accurate read on its machine. Colin Williams, director of business development at D-Wave, told The Reg:

If you're trying to benchmark performance of a Ferrari versus a bicycle, if you put them both on a hill and let them run down the hill, then you won't see as big an advantage for the Ferrari. That’s basically what happened in this test, the benchmark was far too simple and you need to use a harder selection of problems.

Google, which bought a D-Wave system last year, also weighed in on the arguments, saying in a statement:

Eyeballing this treasure trove of data, we're now trying to identify a class of problems for which the current quantum hardware might outperform all known classical solvers. But it will take us a bit of time to publish firm conclusions.

And finally, a suspected thief has been collared by the cops after, it is alleged, his Facebook profile was found open on a PC in a house he broke into. Nicholas Wig has been charged with burgling the house of James Wood in Minnesota, after Wood came home to find cash, credit cards, a watch and other items gone but wet clothes and the Facebook calling card left behind.

I started to panic. But then I noticed he had pulled up his Facebook profile.

Thinking fast, Wood posted on Wig’s page about the burglary and gave him his phone number. Wig then texted him and Wood asked him if he would like the wet clothes he had reportedly left at the house, possibly because it had been raining. Wood claimed that he had made a deal with Wig to swap the clothes for Wood's stolen cell phone. Instead, the suspect was picked up by the police, allegedly wearing Wood’s watch.

I've never seen this before. It's a pretty unusual case, might even make the late night television shows in terms of not being too bright. ®