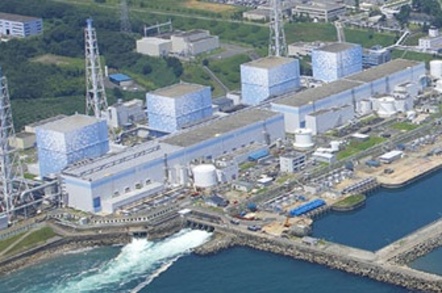 Security researchers have uncovered a series of Trojan-based attacks which have infiltrated several targets by infecting industrial control system software from the makers of SCADA and ICS systems.

The majority of the victims are located in Europe, though at the time of writing at least one US firm's compromised gear appears to be phoning home to botnet control servers set up by the attackers.

Two of the European victims are major educational institutions in France known for technology-related research; two are German industrial application or machine producers; one is a French industrial machine producer; and one is a Russian construction firm.

The motive for the attacks - much less the identity of its perpetrators - remains unclear.

The attacks, which began earlier this year, were pulled off used the Havex general purpose Remote Access Trojan (RAT) and a server running PHP.

"The attackers have [made] Trojanised software available for download from ICS/SCADA manufacturer websites in an attempt to infect the computers where the software is installed", Finnish security software firm F-Secure reports.

"We gathered and analysed 88 variants of the Havex RAT used to gain access to, and harvest data from, networks and machines of interest. This analysis included investigation of 146 command and control (C&C) servers contacted by the variants, which in turn involved tracing around 1,500 IP addresses in an attempt to identify victims."

Elements of the malicious code are designed to "harvest data" from infected machines used in ICS/SCADA systems. F-Secure reasons that this means the unknown attackers are taking steps to give them control of the ICS/SCADA systems in various organisations, rather than just using vulnerable control system set-ups as a means to infiltrate corporate networks. If successful the attack establishes a backdoor on compromised networks that can easily be used to push secondary samples of malicious code.

The miscreants behind the attack are using third-party compromised websites, mainly blogs, as command and control servers.

The Havex RAT at the centre of the assault is distributed through either spam emails, exploit kits or (much more unusually) trojan-laden installers planted on compromised vendor sites.

"It appears the attackers abuse vulnerabilities in the software used to run the websites to break in and replace legitimate software installers available for download to customers," F-Secure's researchers Daavid Hentunen and Antti Tikkanen explain in a blog post.

F-Secure has uncovered three software vendor sites that were hacked to act as a conduit for malware distribution. All three unnamed companies in Germany, Switzerland and Belgium are involved in development of applications and appliances for use in industrial applications. Two of firms supply remote management software for industrial control systems while the third develops high-precision industrial cameras and related software. Other firms might easily have been hit by they same attack.

"The attackers behind Havex are conducting industrial espionage using a clever method. Trojanising ICS/SCADA software installers is an effective method in gaining access to target systems, potentially even including critical infrastructure," F-Secure says.

"The method of using compromised servers as C&C's is typical for this group,” F-Secure continues. “The group doesn't always manage the C&C's in a professional manner, revealing lack of experience in operations. We managed to monitor infected computers connecting to the servers and identify victims from several industry sectors.”

“The additional payload used to gather details about ICS/SCADA hardware connected to infected devices shows the attackers have direct interest in controlling such environments," it added. ®