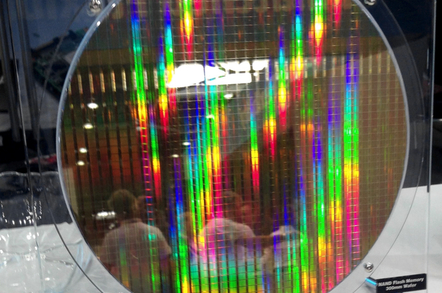 +Analysis Fusion-io shopped itself to 11 companies and only got one offer.

A Schedule 14D-9 SEC filing about the $1.1bn SanDisk acquisition of Fusion-io reveals that:

Who were the 10 companies approached by Fusion-io? We would guess the list included Cisco, Dell, EMC, HDS, HP, IBM, NetApp, Seagate, and Western Digital, leaving one other apart from SanDisk. It might have been Toshiba, which has/had a PCIe interest with Violin Memory.

Seagate, of course, bought the LSI flash card business from Avago for $450m in May 2014, less than half the buy price of Fusion-io.

It was very lucky for Fusion-io that SanDisk was interested.

Fusion-io’s board appeared to have concerns about risks to its business if Fusion remained independent, including the “potential volatility of cost and availability of NAND flash …the fact that some of the Fusion-io's competitors have vertically integrated product portfolios [and] substantially greater resources.”

There was also the “recent consolidation in the industry in which Fusion-io operates and the impact of this competitive environment on Fusion-io's ability to price its products and retain and expand its portion of the total available market.”

In the event, the board appeared to have looked at the prospects of staying independent, shuddered, and fled into the arms of SanDisk. ®