When it comes to getting rich, he really did write the book 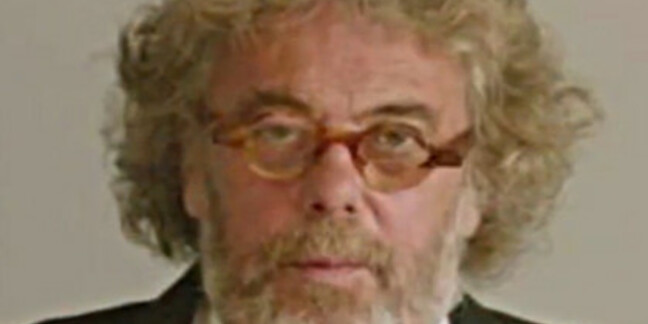 Obituary There's quite a bit that comes to mind when you think about Felix Dennis: the Oz mag obscenity trial, Maxim, drugs, women and dodgy poetry… But we're not going to do these here - at least, not yet.

Felix Dennis, who died last weekend aged 67, was a pivotal figure in tech publishing: a super-smart dealmaker whose judgment and timing was usually (but not always) impeccable. Way before Maxim he had conjured a small fortune and several leading IT magazines - Personal Computer World, MacUser and Computer Shopper among others - from a dubious collection of kung fu, skateboarding and royal souvenir poster magazines.

Did I say Computer Shopper back there? The one-time doormat-destroying blockbuster owned by Ziff Davis? No, I am not wrong, and we'll get to that in good time.

I was hired by Felix for the first of three times in 1983, shortly after he'd made his first serious deal by selling PCW to VNU, a Dutch company that was then setting up a UK magazine publishing arm. Felix hadn't founded PCW – that was Angelo Zgorelec – but Felix certainly saved the magazine and was able to sell it to VNU for £3m in 1982. That would provide seed money for a number of titles, with MacUser turning out to be the most durable.

So what was Felix doing at VNU interviewing me? Well, VNU had been planning the launch of a weekly title, Personal Computer News, and the powers-that-be had freaked when they saw the first dummy. So they called in Felix as consultant launch publisher and he turned the whole thing upside down and re-interviewed all the staff. I hadn't been there for the dummy, and was merely the last minute emergency extra sub-editor, but everybody working there needed to be approved by Felix.

Oddly, at the same time as he was launching VNU's weekly computer title, he was launching his own. I'm sure someone knows how that played with any no-competition agreement he'd done with VNU, but sailing that close to the wind was always the man's style. Me, I found myself editing that very title, MicroScope, four years later - but we'll get to that too.

Around that time, Felix was dividing his time between London and New York, where he'd acquired a brownstone as part HQ, part investment. His UK companies (which had not yet become Dennis Publishing) were expanding through a couple of small offices just north of Oxford Street, and they were rolling out new titles: some that worked, some that didn't. Anybody remember Soft, for example? But MacUser was a first, did work, and was to become the next big deal.

Ziff, the US publishing market and customer-free shops

Felix had begun to switch ideas back and forth between the UK and the US, noting things that were working in one market then swiftly setting them up in the other, so he kicked off a US version of MacUser. Shortly afterwards he sold it to the late Bill Ziff, at that time the boss of hugely powerful (oh yes it was) tech publisher Ziff Davis. Note that Ziff did not buy the UK version of the magazine, which Dennis continued to run. Some of that might have been because there was still money to be made out of it and Ziff wasn't, at the time, that interested in the UK, but alleged ruthless publishing baron Felix Dennis was a sentimental man, and I'm sure that came into it.

Similarly, he held onto the Goodge Street offices he'd started out in for years, acquiring the freehold with an "offer you can't refuse" type deal*, setting himself up in a flat above, and turning the retail space into the largely customer-free Countryside Bookshop. He was proud of his sharp deals (I thought too proud, but I'm not a multimillionaire), and sentimental about how he'd got where he was, up to and including bankrolling daft hobby projects.

The Ziff deal was rather more serious money than the VNU one, and Felix was able to co-found MicroWarehouse. It was that company's IPO, not publishing, that moved him into the multimillionaire category.

Now, about Computer Shopper. I was back working for him in the second half of the '80s, and after it turned out I could do a fairly reasonable job (I'd been hired against Felix's wishes) Felix decided employing me had been his idea after all, and in between being hauled round to the flat for a good shouting at, I'd get told about some of his sharp deals and cunning plans. Shopper was founded by Glenn Patch who, seeing the deal Felix had struck over MacUser, had approached Felix and asked for an introduction. Felix said he could arrange this, and in consideration for his trouble he would like the European licence to Computer Shopper.

This deal, Felix told me proudly, was verbal, the idea being that American corporate lawyers faced with a complete absence of paperwork would be entirely flummoxed. Was this entirely true? I do know that there was a certain amount of tension in the Dennis offices as the company prepared to launch Shopper UK without Ziff clearance, but Dennis did end up running the title and not getting sued, and I've used the verbal contract gag several times myself since. Trust me, it works.

Next page: He did WHAT with a flock of sheep at his country pile?!
Page:
Tips and corrections
33 Comments