EFF wants you to open your Wi-Fi to IMPROVE privacy

'It wasn't me officer, it was that drifter on my access point!' 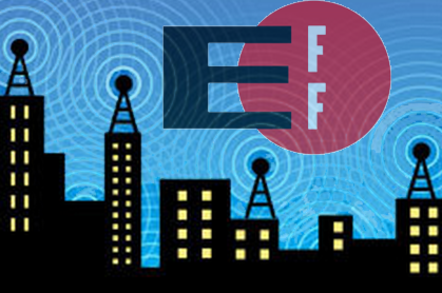 The Electronic Frontier Foundation (EFF) wants internet users to go back to the turn of the century and open their wireless networks for anyone to connect, in order to enhance privacy.

The EFF wants us all to use the OpenWireless initiative's free router firmware, which allows users to create open guest networks that anyone in range can use.

the firmware would separate the private network from the public and limit freeloader bandwidth to about five percent of a subscriber's allocation.

"EFF is currently working on router technology that supports open wireless in an elegant and secure fashion," the group wrote.

"We're working with a coalition of volunteer engineers to build technologies that will let users open their wireless networks without compromising their security or sacrificing bandwidth.

"And we are working to debunk myths (and confront truths) about open wireless while creating technologies and legal precedent to ensure it is safe, private, and legal to open your network."

The EFF sees the proliferation of segmented open wireless networks as a key tactic that will foil intelligence agencies' ability to track individuals. By opening home and business wireless to all, it became more difficult to tie people to their online activity.

The openwireless.org software will be released at the Hackers on Planet Earth (HOPE) conference next month for an as yet unnamed cheap router. Support for other versions will be added in the future.

Provided the software is sufficiently secure, the obvious outstanding threat would be to the open wireless users who could find themselves blamed for online crimes committed by anonymous users of their network.

To this end the EFF will update the openwireless.org software so that connecting guests must sign off on a repeat infringers' policy.

This however may be little relief in the event black hat hacking or downloading of copyright or illegal material is committed over the open network.

Tor open relay operators faced similar problems by providing their networks as a conduit for reams of anonymous traffic to leave Tor and hit the public internet.

Users could hand police a letter which explained how online crime could be a by-product of their Tor open relay, but this has not proven to be a watertight method to escape prosecution.

It may also be possible for participating network operators to steal guests' traffic or for attackers to simply change their wireless SSID to masquerade under the openwireless.org moniker while slurping social network or banking credentials.

The open network push is the latest in moves by telecommunications providers to provide branded routers to customers that would make hot spots available to all paying users within range.

Comcast offers the Xfinity service in the US while Australia's Telstra will soon deploy routers in partnership with Fon to establish a nationwide wifi network by 2019. ®