Snowden defends mega spy blab: 'Public affairs have to be known by the public'

Calls on Council of Europe to protect whistleblowers 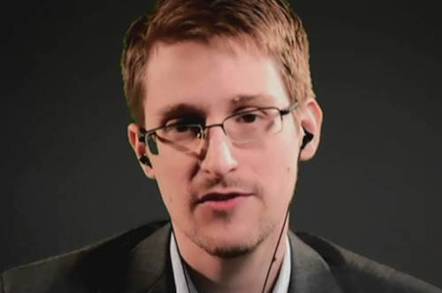 He told the human rights' parliamentary assembly in Strasbourg, via video link from Moscow, that he had a "personal duty to country, government and family" to reveal details about snooping methods employed by the US and British governments.

"Public affairs have to be known by the public," Snowden said, in justifying his decision to blow the whistle on the National Security Agency. "When citizens are reduced to the status of subjects, where we're not active participants ... that diminishes us as a free people, as a society and as a culture."

The one-time NSA sysadmin added that he was "willing to pay the price" for leaking that information even if it did damage national security interests.

"I was aware and I did my best to ensure that balance would be enforced," he told the CoE. He claimed that no specific damage had in fact occurred as a result of his actions. It "may have caused some good," he argued.

Snowden explained to the committee during his testimony that he had worked with journalists to help ensure that the information would be responsibly reported.

"That was why I didn't publish it myself. I chose not to, instead I worked with the press," he said.

Snowden added that he had been in the best position, having worked in signals intelligence and electronic spying at the NSA, to understand the material that was leaked to the Guardian and the Washington Post.

"I left behind notes, put them in context, organised them and categorised them [for journalists]," said Snowden.

The infamous whistleblower was quizzed about Russia's questionable civil rights and personal freedom and asked whether he had any connections to the government there. Snowden repeated what he had earlier told EU politicos in the European Parliament:

"I don't have any connection to the Russian government," Snowden said.

"I didn't choose to be in Russia. If the Russian government had a choice I'm sure they'd prefer me not to be here." Snowden added: "Since I came here I've been very open in saying I want to restore my right to travel ... live a normal life."

He said that his options had been extremely limited, after Snowden applied to 20 countries for asylum but they all refused. He believed that Russia would be a "safer place" for him. 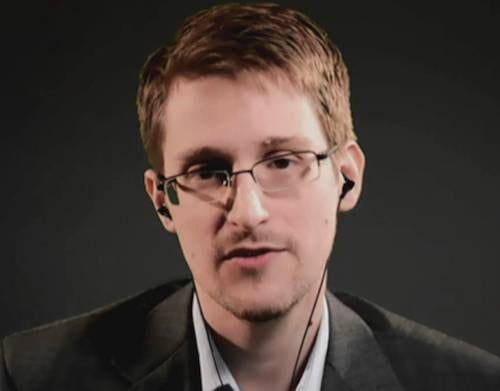 Edward Snowden addresses the Council of Europe via a flaky, 'interfered with' video link from Moscow

Snowden warned the council's committee on legal affairs and human rights - which had asked him to express his views on improving protection of whistleblowers - that "intelligence services are operating mass surveillance around the world, without oversight".

He claimed Russia and China had similar mass snooping capabilities to those of the UK and US.

"There is no question that [Europeans] are under mass surveillance from the US, their neighbours and their own governments," Snowden said. "We have to make international progress on this issue." ®