Aerospike: Thanks for that $20m, VCs ... next we'll OPEN SOURCE our NoSQL database

'Our goal was always to go after a billion-dollar market' 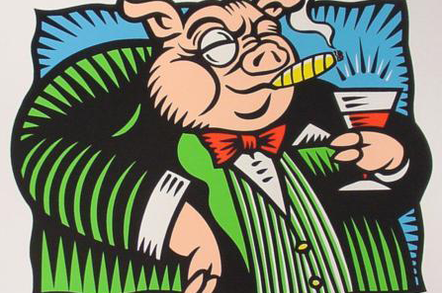 Startup Aerospike has guzzled $20m in filthy valley lucre. And it'll use the cash to fund its assault on database incumbents, namely making its flash-oriented NoSQL software open source.

The company told The Reg on Tuesday that this is not some crazy plan: its decision to publish its database server code under the AGPL license, and the client under the Apache License Version 2, is absolutely necessary.

"Our goal was always to go after a billion-dollar market and that means open source. The big market today in databases means developer adoption and it means community," explained Brian Bulkowski, Aerospike's founder and chief technology officer, in a chat with El Reg. "Closed source propriety puts such a limit on your market reach."

Aerospike is not alone: many IT incumbents are turning to open source as a way to drum up developer enthusiasm for their products. Microsoft made its "Roslyn" .NET compiler open source; Google has started involving itself in the Docker Linux containerization community to boost interest on its cloud; IBM has partnered with MongoDB; Pivotal has used its open source Cloud Foundry tech to create a "Foundation" to bring a bunch of companies together; HP has restarted its public cloud strategy as "Helion" and based it on the open source OpenStack tech; and so on.

Closer to home, Aerospike's upstart database contemporaries MongoDB, DataStax, and Couchbase all produce open source variants of their technology, or build their products out of open source components.

"If MongoDB wasn't open source and wasn't a community vendor it wouldn't have nearly the adoption it has seen."

Aerospike, having looked at its open source contemporaries, seems to feel the same way. It's betting that by publishing its tech as open source it can get developers to adopt its own peculiar take on modern database design.

Where other companies design in-memory databases that are built to live entirely in RAM, and others make systems built around RAM and spinning disks, Aerospike has taken a third route: a hybrid RAM and solid-state storage system. Its tech has asynchronous cross-data-center replication, and strong consistency cluster replication. It uses a log-structured file system that, it says, "is optimized for how flash works – with small block reads and large block writes – and parallelized across multiple SSDs for better throughput."

Besides making the database open source, the company also announced that it had raised $20m in Series C funding from VCs New Enterprise Associates along with Columbus Nova Technology Partners, Alsop Louie Partners, Regis McKenna, and others. ®

El Reg sits down to code with .NET for Linux and MySQL, hitting some bumps along the way

Hands On Visual Studio, ASP.NET Core and Linux: Some tension