Microsoft to let customers know where Office 365 is going 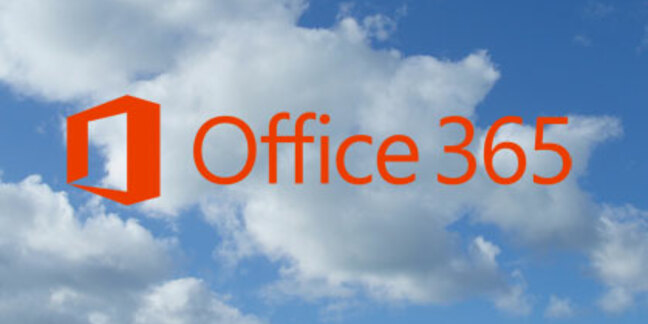 Microsoft has launched two new initiatives designed to help its Office 365 business customers more easily anticipate forthcoming changes to the online service, including a public roadmap and a voluntary program that allows customers to receive some updates early.

One benefit of using cloudy services such as Office 365 is that the vendor can roll out new features and updates without any involvement from customers. The bad part is that customers aren't always prepared for what's coming next.

To help address this, Microsoft is shooting for greater transparency by making its Office 365 development roadmap public – at least, through the next fiscal quarter or so.

"We will provide visibility to planned updates that are in development and in the process of being rolled out to the service, as well as to items that have been launched and are now generally available for all eligible customers," Office 365 group product manager Jake Zborowski said in a blog post. "The public roadmap will be your best source of truth for product enhancements coming to the service."

Zborowski added that in some cases, Redmond might opt to preannounce features far in advance – such as when it announced its still-under-development Office Graph and Project Oslo efforts in March – but for the most part, "a few months" of forward-looking info is what you should expect.

The roadmap website went live on Thursday, listing 13 features as "Launched," 10 marked as "Rolling Out," and another 35 classified as "In Development." There's also a category for canceled features, but none have been so far.

Curiously, however, a FAQ Zborowski posted explains that you shouldn't expect the roadmap to show everything Microsoft is working on. "The public roadmap will provide a great view of many updates and enhancements to the service, but it will not capture every change," the FAQ none-too-helpfully explains.

Recognizing that some customers are less skittish about service updates and will always want the newest stuff no matter what, Microsoft has also launched a program called First Release that allows customers who sign up to gain early access to new features.

"If you opt-in to First Release, you will receive new qualifying feature updates first, a minimum of two weeks before customers in our standard release group," Zborowski said.

For now, the program only applies to updates to the Office 365 user interface, SharePoint Online, and Exchange Online – Lync Online and other Office 365 services aren't included – and then only to select updates of Microsoft's choosing.

Zborowski said that unlike a beta program, the features shipped to First Release will be fully tested and supported; they'll just show up a little early.

The catch is that First Release is a "tenant-wide" program. It can only be activated by an Office 365 administrator from the Admin Center, and it can't be applied to a subset of users. Once the setting is switched on, every user will start receiving the prerelease features – meaning you won't be able to use First Release to test Office 365 updates, but you will be able to tell your friends at other companies what's in store for them. ®