Microsoft: NSA security fallout 'getting worse' ... 'not blowing over' 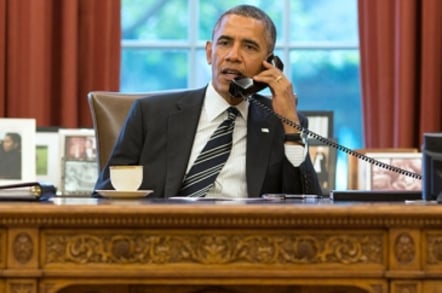 Microsoft's top lawyer says the fallout of the NSA spying scandal is "getting worse," and carries grim implications for US tech companies.

In a speech at the GigaOm Structure conference in San Francisco on Thursday, Microsoft general counsel Brad Smith warned attendees that unless the US political establishment figures out how to rein in its spy agencies, there could be heavy repercussions for tech companies

"What we've seen since last June is a double-digit decline in people's trust in American tech companies in key places like Brussels and Berlin and Brasilia. This has put trust at risk," Smith said.

"The longer we wait or the less we do the worse the problem becomes," he explained. "We are seeing other governments consider new procurement rules – procurement rules that could effectively freeze out US-based companies."

This could already be happening. China banned Microsoft's Windows 8 operating system from a recent public sector procurement contract. Two weeks later, a report by the Middle Kingdom's state-backed media quoted Chinese analysts and academics warning of the dangers of using Windows 8. "It's a big challenge for our cybersecurity," said one academic.

The Chinese government is also rumored to be considering a ban on IBM servers as well, due to security issues.

If the US government does not work to clear up the rules around how it intercepts data both at home and abroad, how deeply its spy agencies penetrate tech from its domestic companies, and how it accesses overseas data held by American companies, then there's a real danger that US companies could suffer, Smith implied.

"Last fall people in Washington, including at the White House and Congress, had a view that this was an issue that needed to be addressed but might blow over. ... it is not blowing over ... in June of 2014 it is clear it is getting worse not better," he said.

"I just think that one of the fundamental prerequisites for being in the cloud business is you must offer services that people trust," Smith said. El Reg is sure our readers would agree. Virtualization company VMware has a different view: one of its top executives argued yesterday that "the concerns around data privacy will massively accelerate public cloud," because big tech companies have the resources to properly secure data.

Microsoft's point seems to be that even if a company has the best security practices in the world, that won't help it if its equipment has been compromised by a spy agency, or if it's ordered by a secret court to hand over data and not tell anyone about it. ®